The Jewish State on the Global Stage: A View from Israel's Ambassador to the United Nations

A View from Israel's Ambassador to the United Nations

Media Contact: Dafna Zarai, Director of the Bureau, Permanent Mission of Israel to the UN 212-499-5514 or [email protected]

New York, February 11, 2013—Israel's Ambassador to the United Nations, Ron Prosor, spoke at Columbia Law School about his perspective on Israel’s treatment in the international community. In his lecture, titled “The Jewish State on the Global Stage," Prosor said that the U.N. consistently singles out Israel in its day-to-day activities. 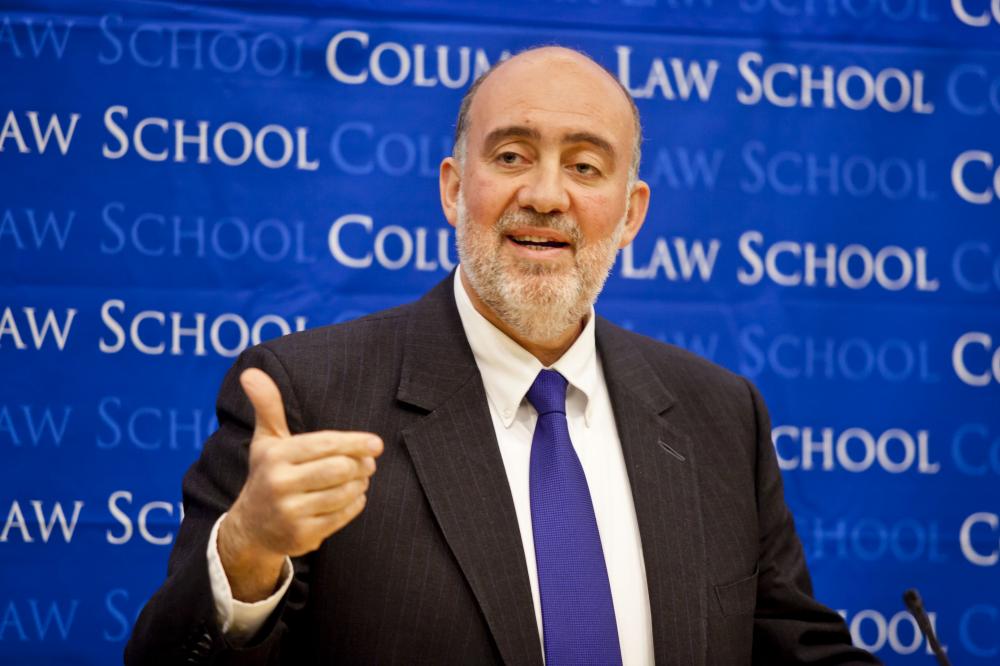 Prosor, who has more than two decades of experience at Israel's Ministry of Foreign Affairs, said that Israel is often falsely blamed for every ill under the sun in the Middle East. He added that the Israeli-Palestinian conflict is “absolutely not" the primary conflict in the region.

Prosor said that the UN’s decision in November to upgrade the Palestinians from an observer to a non-member observer state did not help the peace process. "Peace can only be achieved through direct negotiations, not unilateral resolutions at the UN," he said. "The UN's decision only raises expectations that cannot be met, which has always proven to be a recipe for conflict and instability.”

He also added, "The Palestinians may have changed their placard at the UN, but they've changed nothing on the ground. They still don't meet the basic criteria for statehood."

"Israel's dream remains peace with its neighbors and security within our borders," Prosor said. "Our choice is, always has been, and always will be the path of peace. We reach out a hand to those who will take it, but we hold the Shield of David close to our chest with the other. Only a strong Israel can achieve a lasting peace.”

Prosor became Israel’s 16th permanent representative to the United Nations in June 2011. He previously served for four years as Israel’s ambassador to the United Kingdom and was director general of Israel’s Ministry of Foreign Affairs from 2004 to 2007. He also has served in roles in Washington, London, and Bonn.

His appearance at the Law School was sponsored by the Center for Israeli Legal Studies, and was part of the Milbank, Tweed, Hadley & McCloy Faculty-Student Intellectual Life Series.