The Impact of Rescinding DACA

The Trump administration’s decision to end Deferred Action for Childhood Arrivals (DACA), a popular program that offers temporary legal status to nearly 800,000 young immigrants who were brought into the United States as children, has triggered nationwide protests and a flurry of lawsuits. 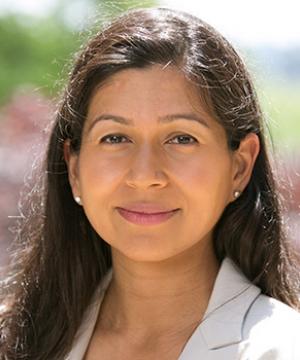 It also means a shift into overdrive for the Columbia Law School Immigrants’ Rights Clinic, according to the clinic’s director, Professor Elora Mukherjee, who calls the Trump policy wrong both legally and morally. Students in the clinic, who have mainly worked on asylum cases, will join in an urgent national effort over the coming weeks to help some DACA beneficiaries apply for last-minute, two-year renewals.

On Sept. 5, the administration announced that it would rescind the program, arguing that DACA, which President Barack Obama put in place in 2012, was unconstitutional. Participants whose regular two-year terms expire in the meantime—some 200,000 of them—can reapply by Oct. 4, but the protections will phase out for all over the coming two years. President Trump has challenged Congress to authorize legal status for the participants, mainly young adults known as “Dreamers,” by DACA’s projected end-date in March 2018.

Mukherjee discussed the human impact of Trump’s decision, the legal case against it, and the implications for the Immigrants’ Rights Clinic.

Q. How well has DACA worked up to now, and what would its end mean for participants?

Mukherjee: The ideal would have been the passage of the Dream Act more than a dozen years ago. DACA is a second-best solution. It offers participants temporary reprieves from deportation. That has allowed nearly 800,000 young people—who are really Americans—to be safe from deportations for two years at a time. It has allowed them to work in this country, to attend school, to integrate into society, to contribute to their communities and support their families, and it has worked well up to now.

Without DACA, the Dreamers are extremely vulnerable to deportation—to losing their lives in America, to being subject to exile, potentially forever. And we as American citizens stand to lose all their contributions.

​​In announcing the decision, U.S. Attorney General Jeff Sessions said that “we are a people of compassion” and that “enforcing the law saves lives, protects communities and taxpayers, and prevents human suffering.” How does that sound from your vantage point?

This is a cruel decision that is not based in compassion, empathy, or understanding. It is illegal and unconstitutional.

​Sessions also said that President Obama’s decision to establish DACA in 2012 without congressional approval “was an unconstitutional exercise of authority.” What is your judgment?

President Obama’s decision to implement DACA was absolutely constitutional. The executive has a duty to take care and enforce the laws. Inherent in that authority is prosecutorial discretion and the ability to set priorities. Our nation lacks the resources and the willpower to deport the 12 million undocumented people who live within our borders. It is the president’s duty to set priorities on immigration matters.

But does that mean terminating DACA by executive action is also legal?

No. The Administrative Procedures Act requires that when the government has conferred a benefit, it cannot be taken away in an arbitrary or capricious manner. In addition, the reversal of DACA violates the Fifth Amendment of the Constitution, which guarantees equal protection under the law and prohibits deprivation of property interests without due process. Millions of people have benefited from and relied on DACA over the past five years—the recipients, their families, and their communities. The government has failed to provide any reasonable explanation for ending it.

​Fifteen states and the District of Columbia have filed suit to block the administration from rescinding DACA, arguing that the decision reflects a bias against Mexicans (who constitute the majority of participants) and violates due process and equal protection. Other lawsuits are brewing. If Congress does not act to save DACA, what are the prospects for success in the courts?

The legal challenge should succeed. The termination of DACA is unconstitutionally motivated by anti-Mexican and anti-Latino animus. Trump’s consistent anti-Mexican comments demonstrate an intent to discriminate against Mexican and Latino individuals.

The DACA participants have disclosed very sensitive information to the federal government and they’ve structured their lives around this policy. When people rely on the government, it can’t change course without any reason at all.

How will DACA termination affect the work of the Immigrants’ Rights Clinic?

In the next four weeks we’d like to work on as many DACA renewals as possible, and we’re assessing with partner organizations what the next steps should be. Our clinic students are dismayed but ready to stand with the Dreamers and do everything possible to help bring some stability to their lives, and also to work to save the program as a whole.