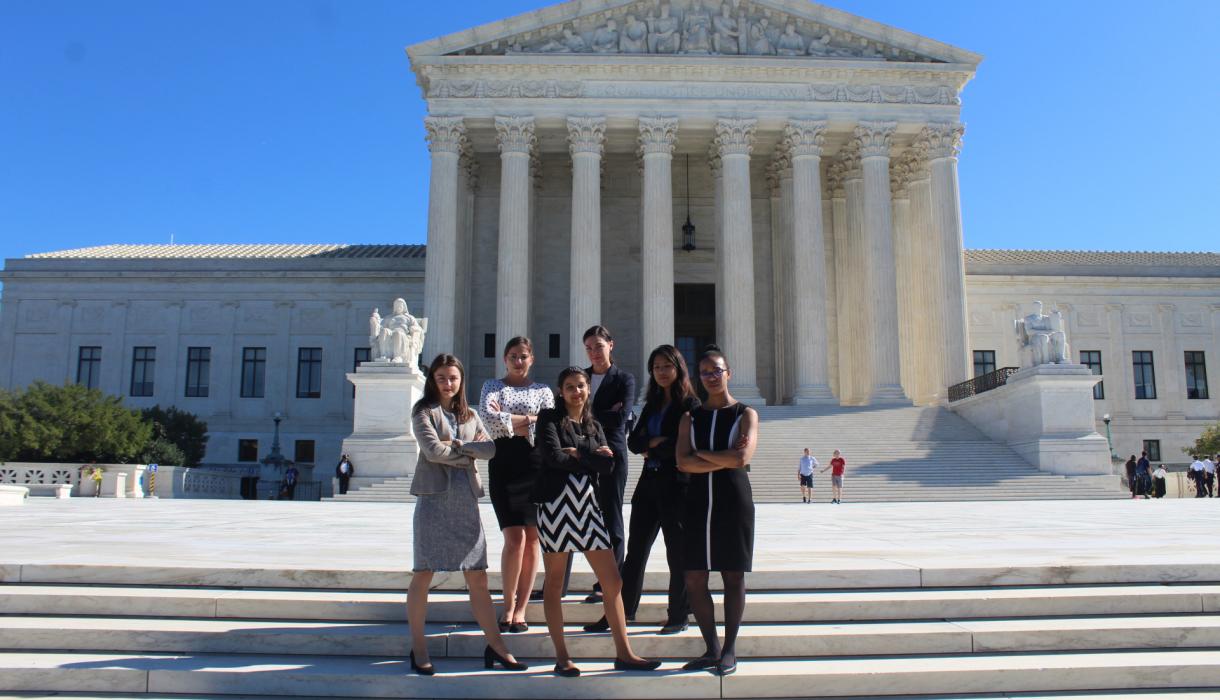 This fall, students in the Health Justice Advocacy Clinic represented the National Housing Law Project in Washington by advocating for two bipartisan bills that would close loopholes in federal law that leave millions of public housing tenants vulnerable to lead poisoning and carbon monoxide exposure.

The Housing Choice Voucher program, funded by the U.S. Department of Housing and Urban Development, provides rental subsidies through local public housing authorities (PHAs) for millions of families to live in privately owned apartments or houses. Although PHAs are required to make sure these dwellings are safe and sanitary, a critical gap in the law exempts homes in tenant-based rental assistance programs from substantive lead-paint inspections. (Federal law only requires a “visual assessment” before allowing families to move into the unit.) A child must, in effect, develop lead poisoning before a thorough inspection that could identify lead hazards is conducted.

Armed with talking points, cost-benefit analyses, and fact sheets, the students lobbied staffers in meetings on Capitol Hill and convened a “Healthy Housing Solutions” congressional briefing on the bills. They returned to New York with bipartisan Senate sponsors (five Republicans and seven Democrats support the Lead-Safe Housing for Kids Act [S. 1583] and eight Republicans and 13 Democrats support the CO ALERTS Act) and expanded support for the legislation along with newfound advocacy skills and understanding about the country’s federal housing system and the people who live within it. 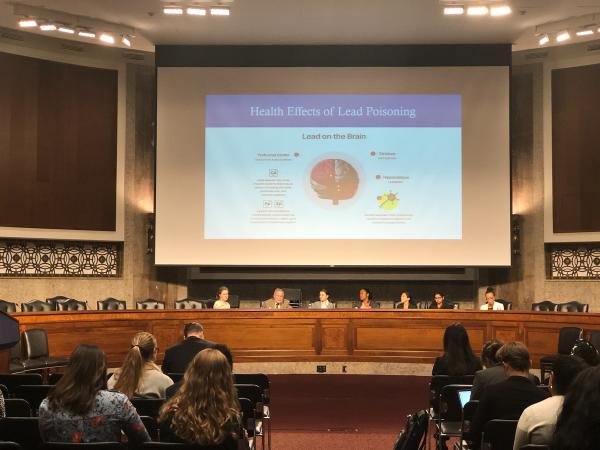 As part of their advocacy, the students met with Donna Black, the mother of two children who were severely poisoned after being exposed to lead in homes she rented in Washington under the Housing Choice Voucher program. “I wanted students to understand the impact of these policies in an individual’s life, as well as the importance of elevating the voices of affected people,” says Visiting Associate Clinical Professor Emily Benfer, who founded and has led the clinic at Columbia for two semesters.

Black also told her story at the Senate briefing. “I could see that it took her so much courage and strength to share her story,” says clinic student Samantha Braver ’21. “The fact that she was willing to do something that wasn’t easy to help other families is something so inspiring that I really have taken to heart.”

The interdisciplinary clinic, which is open to students at the Law School and Columbia University’s Mailman School of Public Health, is designed to teach traditional lawyering skills, as well as interprofessional collaboration, complex problem solving, and creative advocacy strategies. Students conduct interviews and construct client-based narratives, maneuver through complex regulations to build cases, and pilot outreach to identify key stakeholders (such as community groups, lawmakers, and government agencies) in order to make broad policy changes. In the past year, the clinic has worked on lead poisoning prevention in New York state, asthma prevention in New York City, and eliminating health hazards in federally assisted housing.

“I definitely could see myself lobbying in the future,” says clinic student Courtney Bibbs ’21. “The experience in D.C. made me feel really powerful. I enrolled in the clinic because I was itching to do something that felt more practical; this was exactly that.”

According to Benfer, the students won praise from congressional staffers for their professionalism and attention to detail. One student received an on-the-spot job offer from a national nonprofit after making a persuasive presentation.

The experience also led Mailman student Nika Sabasteanski to reconsider her career options. “When we got to the Hill, l saw the path that lawyers had as advocates,” she says. “I decided to apply to law school as a direct result of the clinic.”

This interdisciplinary approach—in this case, the combination of public health and legal expertise—is critical to the success of the clinic and its work, says Benfer. “If we can break down those silos and work with other disciplines, our perspective is broadened and our understanding is deepened,” she says. “Innovation around the solutions is so much more powerful and effective as a result.”