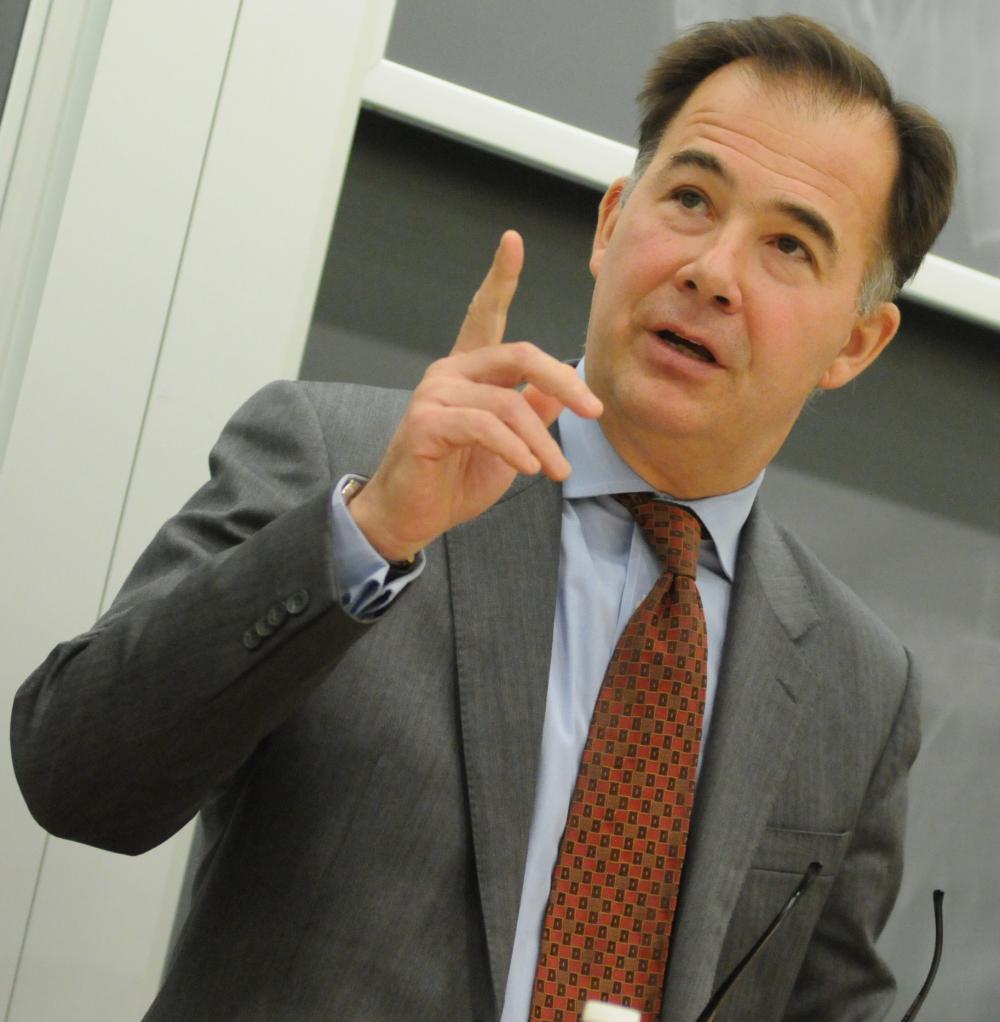 “Whatever we do is going to require some sacrifice of national sovereignty and members are only going to be willing to confer that authority if they feel they have an adequate say in the decision process,” Sean Hagan (left) said during an appearance at the Law School earlier this month.
The IMF is charged with providing what is known as “balance of payments assistance” to member nations, and is required to make a determination that a nation in need is taking measures to resolve its economic problems before it can receive money.
Such assistance is designed to “stem the outflow of capital and also designed to encourage external creditors to continue to provide funding.”
Hagan spoke to students about the IMF’s role in the prevention and resolution of financial crises as part of a speaker series sponsored by the Center on Global Governance, directed by Professors Richard Gardner (left below) and Michael Doyle (right below). Founded in 2003, the Center addresses globalization's legal dimensions through diverse interdisciplinary research and scholarship.

“The financial crisis that emerged in 2008 was really unparalleled in terms of its depth and complexity and imposed a huge challenge for the Fund,” Hagan said.
Columbia Law School, founded in 1858, stands at the forefront of legal education and of the law in a global society. Columbia Law School joins its traditional strengths in international and comparative law, constitutional law, administrative law, business law and human rights law with pioneering work in the areas of intellectual property, digital technology, sexuality and gender, criminal, national security, and environmental law.
Visit us at http://law.columbia.edu
Follow us on Twitter http://www.twitter.com/columbialaw