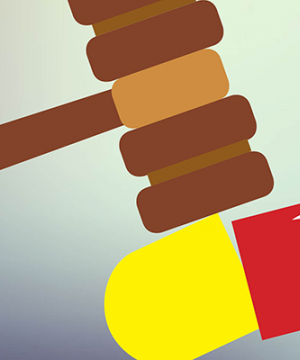 Health care law and policy expert Kristen Underhill, the Law School’s newest faculty member, had her first spring semester class—Health Law—all planned out. It would be a “fairly standard” health law class, she thought, covering medical malpractice, structure of the insurance system, fraud and abuse, with the now six-year-old Affordable Care Act a relatively small part of the curriculum.

But after President-elect Donald Trump won a surprise victory in November, everything changed.

Repealing the ACA has been a rallying cry for Republicans since it was passed, and come January their path is clearer with a new president who has promised to eliminate the health care law and his nominee to head the Department of Health and Human Services, U.S. Rep. Tom Price from Georgia, who is among the law’s most staunch opponents. Whether conservative lawmakers will come up with a long-promised viable alternative, and what will happen to the millions of Americans who gained health insurance through the ACA, remains to be seen.

But what is certain is that health care in the United States—and Underhill’s class—will look very different as a result. Underhill discusses some of these changes, and what we can expect for the ACA moving forward, in an interview below, which has been edited for clarity.

Q.  What do you think the election means for the future of the health care law?

A: I was largely a fan of the Affordable Care Act. I think it did a lot of what it set out to do in expanding access to health insurance—20 million people got insurance that previously had not been eligible or had been turned down in the individual market. It’s wise to take the Trump administration and House and Senate leaders at their word that they will seek to dismantle the ACA, and based on a review of some of their plans for a replacement, I don’t think these proposals will come close to providing the type and breadth of coverage that the ACA has done. A lot of people are nervous, and justifiably so.

Republicans have been chanting “repeal and replace” since the ACA was passed six years ago. How might this unfold?

The ACA is a statute—it was passed by both chambers of Congress and the president. In order to undo language in the statute, the statute has to be changed, which cannot happen without at least 60 votes in the Senate, and it's likely that Senate Democrats will filibuster any attempt at repeal. But it’s not necessary to repeal the language of the law to stop it from working. All the financial architecture that the law stands on can be eroded through budget reconciliation, which can be passed with a simple majority of the House and Senate and the president's signature.

In 2015, both chambers passed a version of reconciliation that would have repealed the taxes that fund the subsidies, repealed the penalties for the individual mandate, and undermined funding for Medicaid expansion—I think President Trump would sign that. If that were to happen, it would be tremendously destabilizing to the marketplaces, and I don’t think the letter of the law is sustainable without the financial machinery that makes it work.

Wouldn’t this create chaos in the marketplace in the interim? What incentive would insurers have to stay?

I think other things would happen to push insurers out of the market even before the financial end-date set forth in budget reconciliation. Insurers got a lot of federal money to keep plans affordable—cost-sharing payments, risk corridor payments, the reinsurance program. All these provisions are being contested now in litigation. As soon as January, if the Department of Justice decides they’re not going to fight the lawsuits, or the government is not going to make the payments, that could drive insurers out sooner.

There’s also concern about hospitals in this transition period. Hospitals struck a deal during the ACA’s formulation that they would accept lower reimbursements through Medicaid and reduced disproportionate share funding for hospitals that provide a lot of charity care, on the promise that many more people would be covered through Medicaid expansion. So we’ve seen hospitals in states that expanded Medicaid finally beginning to recoup some of their losses, but that’s not the case in states that didn’t expand. Now Republicans are threatening to roll back funding for Medicaid expansion while keeping these bargain payments low. So hospitals have a lot to lose in the roll-back of Medicaid expansion. 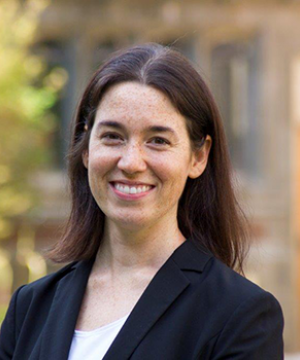 What is the timeline for all this? Which provisions are Republicans likely to repeal right away, and which may we consider safer, at least for now?

The ACA was passed as a statute without a single Republican vote. A lot of the implementation of the act has been done through budget reconciliation, through regulations, through executive actions—and all of that is really vulnerable, because it was done without Republicans then, and can be undone without Democrats now.

The mandate for coverage of preventive care, specifically contraceptives for women, is particularly vulnerable—I think that will disappear. One great thing about the ACA is that it was the first to apply federal non-discrimination laws to hospitals, clinics, and providers that accept federal funding, and to almost across the board apply items of the Civil Rights Act, the Americans with Disabilities Act, and Title IX in medical settings. HHS also released guidance that defined discrimination based on gender to include gender identity, so for the first time gender reassignment surgery and all these interventions were covered. This interpretation is likely to change quickly under the new administration, and because it is based on a guidance document, it will be easy to modify.

Republicans are also talking about more flexibility for workplace wellness programs, which are regulations, and the essential benefits package will also be vulnerable. The individual mandate will be stickier because it’s part of the statute, although the penalties for not carrying insurance can be eliminated through budget reconciliation. Medicaid expansion is already optional so I don’t think we’ll have much change there, besides whether states can keep the funding.

Trump and other Republicans have said some popular ACA provisions will stay, like requiring insurers to cover individuals with pre-existing conditions. Can you talk about that issue?

The ACA has been described as a three-legged stool. The underlying reform was to ensure everyone could get health insurance, with the requirement that insurers cover people with pre-existing conditions, and the inability to adjust premiums based on these conditions. The problem with that is adverse selection, where only sick people buy health insurance and healthy people leave because it’s too expensive, which creates the “death spiral” that puts insurers out of business.

So the fix was the enforceable coverage mandates for employers and consumers, but then the issue was affordability. So we needed the full set of subsidies and cost-sharing for policyholders and insurers, so everyone could afford insurance. The question now is whether we can have a one-legged stool where everyone can get health insurance without the mandate to keep healthy people in the system and without the subsidies to help people afford health insurance. I don’t think that will be sustainable, we haven’t seen that work to date.

You said you’ve looked at Republican ACA replacement plans; what policies might we see?

The four elements I think we can expect are the encouragement of interstate competition in health insurance, consumer directed health care with health savings accounts and high deductible plans, high-risk pools, and the use of Medicaid block grants. I’m skeptical that these would provide the same breadth of coverage and depth of benefits that the ACA has done.

Any other changes we should expect under the new administration?

Trump has promised more protections for conscience clauses and religious exemptions for providers, pharmacists, insurers, and employers that don’t want to pay for certain kinds of coverage. I do a lot of HIV-related research and I’m worried about payment for things like pre-exposure prophylaxis, I’m worried about coverage for transgender care, and of course I’m worried about contraception and other preventive care. I think we’ll see more carve-outs to the provision of care on those bases.

You’re teaching Health Law at Columbia in the spring. What will the course cover and how has it changed after the election?

The ACA will be a much bigger piece of the class now, and I want to get to it sooner to introduce more of the policy changes in my class as they’re happening, to understand the stakes of the public conversation. We’ll go more into depth on the broader purposes of health insurance and the theoretical implications of looking at health care as a matter of dignity and as a basic right, and thinking about different stakeholders in the insurance system and how we’ve structured health care in this country.

And—the election reminds me of the stakes of this—it will be important to look at health not only as a matter of health insurance but also as structurally determined by a huge range of risk and protective factors at all levels of society, like housing, education, poverty and employment, income, experiences of discrimination, and mental health. There’s a vast constellation of policies that give rise to good health or ill health, and I’ll want to consistently make note of that.