This year’s competition began with more than a hundred teams from law schools across the country and only the top 18 (three teams from each of the six regions) continued to the final, national round, which was held in Washington, DC as part of the NBLSA’s annual convention March 7-11. 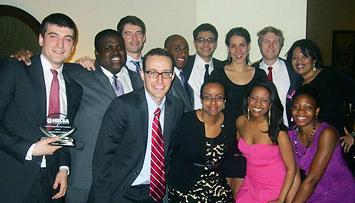