Foucault and the Birth of Biopolitics 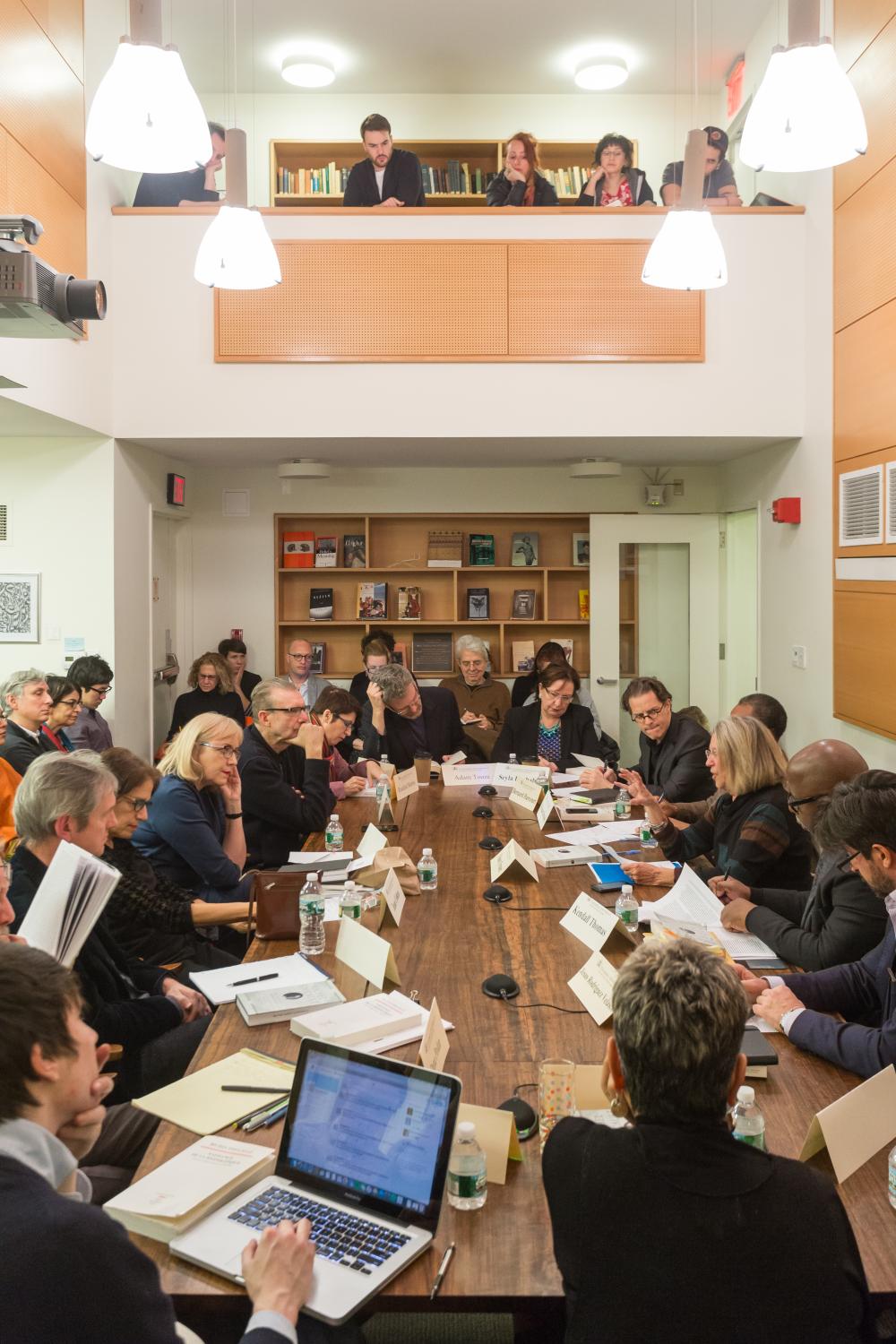 The Jan. 28 event was part of Foucault 13/13, the year-long series of 13 seminars reflecting on Foucault’s lectures at the Collège de France (1970-1984), sponsored by the Law School’s Columbia Center for Contemporary Critical Thought and the Society of Fellows in the Humanities at Columbia University, with support from the university’s Maison Française, the Institute for Comparative Literature and Society, and the Department of Latin American and Iberian Cultures. Distinguished scholars in different academic disciplines have led each offering.
For 13 years before his untimely death in 1984, Foucault delivered a series of landmark public lectures as the Collège de France’s chair in “The History of Systems of Thought.” The wide-ranging and influential talks, long available only on tape, provide windows onto Foucault's thinking about government, the penal system, sovereignty, security, the administration of power and punishment, and other varied avenues of his research.
Today Foucault’s 1979 lectures on neoliberalism look prescient, as they came before the elections of Margaret Thatcher in the United Kingdom and Ronald Reagan in the United States brought a resurgence of ideas associated with laissez-faire economic liberalism. Neoliberalism holds that markets rather than the state provide a preferred way to resolve problems in a capitalist democracy. Foucault’s particular focus on the “American neo-liberalism” of Gary Becker and the Chicago school of economics—which would extend “the rationality of the market” to government and public policy—has sparked renewed interest and controversy in recent years, as neoliberalism’s emphasis on minimal state intervention has been frequently blamed for financial deregulation and the excesses that led to the global economic crisis as well as a growing gap between rich and poor. 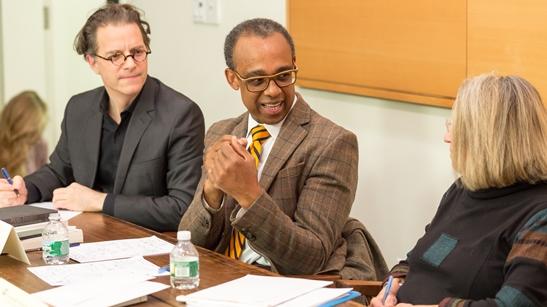 (pictured left to right: Professors Bernard Harcourt, Richard Brooks, and Nancy Fraser)
The Jan. 28 discussion began with introductory remarks from Columbia University Professor Jesus R. Velasco (pictured below, right), chair of the Department of Latin American and Iberian Cultures. Featured speakers included:
Responding comments and opening questions were offered by Bernard E. Harcourt, the Isidor and Seville Sulzbacher Professor of Law and the director of the Columbia Center for Contemporary Critical Thought at Columbia Law School.
A Q-and-A period attracted questions and comments from students and faculty of Columbia University, the New School for Social Research, the University of Pennsylvania, New York University, and the University of Minnesota’s Political Theory Colloquium, which participated online.
So did Foucault have sympathies with neoliberalism?
In comments posted on the Foucault 13/13 blog, Foucault’s onetime assistant François Ewald expressed “astonishment” at the idea.
“For me this question makes absolutely no sense,” Ewald said. “I remember these lectures, as I was naturally in the room at the Collège de France when Foucault delivered them, and there were absolutely no indications that he shared any of the ideas of Gary Becker or anyone else from that school of thought. The real question, in fact, is not the connection between Foucault and neoliberalism, but why some people wish to pose this question now.”
Foucault 13/13 offers live streaming video of the seminars, and participants have fielded questions from email ([email protected]) and Twitter (#Foucault1313).
The next seminar will convene on Feb. 11 to discuss the ninth grouping of Foucault’s Collège de France lectures, “The Government of the Living (1979-1980).” It will be simulcast in the Paris nightclub Silencio, which was “conceived” and designed by movie director David Lynch.
The remaining seminars in the series—held on Thursday evenings from 6:15 to 8:15—are open to students and faculty from Columbia and other New York universities. A schedule of events, videos, and blog posts by the various participants can be viewed on the website for Foucault 13/13.
A video of the Jan. 28 event can be viewed here and check back for additional photos.