It was an event marking a milestone, but the focus was on the future: The Columbia Law School Black Law Students Association (BLSA) celebrated a quarter century of honoring civil rights icon Paul Robeson, class of 1923 and, as gala co-chair Alexis Campbell ’20 put it, “the positive impact that black minds bring to the law.”

Holder said the nation is “at a bleak crossroads, at a time in our history that I could not have predicted [as a law student] and frequently cannot comprehend now.”

Instead of reasoned debate, “non-evidence-based, visceral and often ugly emotion” is driving national policy, and that has put social progress at risk,’’ he said. “Many of the pillars at the center of the American experiment—the press and the courts in particular—have been needlessly challenged by those at the highest levels of our government. The reliability of the media is put into question by the use of specious assertions and so-called alternative facts.

“In Queens, we call those lies,” Holder said.

Representation in the Profession

Holder cited the drastic overrepresentation of African-Americans in prisons: “Too many people go to too many jails for far too long for no good law enforcement reason. This is wrong.” Meanwhile, he said, minorities are dramatically underrepresented in the legal profession: In 2018 just 5 percent of lawyers were African-American and 5 percent Hispanic. “All of us, both collectively and as individuals, have more to do not only to improve diversity in our profession but to advance equality more generally.”

But Holder also quoted Martin Luther King Jr.’s aphorism that “only when it is dark enough, can you see the stars.”

“Today, once again, it is dark enough,” he said, and the stars can be seen “in you, the students who are investing in your education to empower yourselves—so that you can change the damn world.” 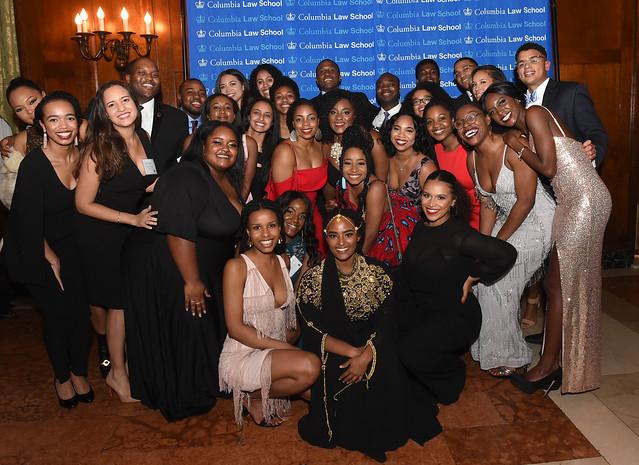