The History, Future, and Significance of the Freedom of Information Act Are Considered in a Three-Day Conference Marking the Law's 50th Anniversary

New York, June 13, 2016—Since it was enacted in 1966, the Freedom of Information Act (FOIA) has been a powerful tool for promoting greater transparency in government. Commemorating the 50th anniversary of this landmark law, dozens of experts on open government issues gathered last week at Columbia Journalism School to discuss the past, present, and future of FOIA in a three-day conference co-hosted by Columbia Law School.

Organized by Columbia Law School Professor David Pozen and Columbia Journalism School Professor Michael Schudson, the “[email protected]” conference, held from June 2 to 4, explored the law’s impact in the United States and abroad. Conference participants celebrated FOIA’s contributions to investigative reporting, executive branch accountability, and congressional oversight. At the same time, participants considered whether FOIA, in the words of Pozen, may be facing a “legitimacy crisis,” rooted in such issues as the government’s alleged overuse of exemptions; long processing delays and other barriers to accessing records; and the aggressive use of FOIA by corporate interests seeking information for their commercial advantage. The wide-ranging discussions among leading scholars, advocates, and policymakers sought solutions to these and other concerns. 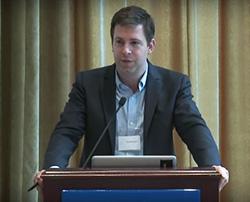 “FOIA is a tremendously important, ambitious statute—a super-statute—that has done some tremendously valuable things in its first 50 years,” observed Pozen, a leading constitutional law scholar, in his introductory remarks. “But it is also an inherently limited, and at times vexing, response to the postwar rise of official secrecy, one that interacts in complicated ways with our broader system of governance, free expression, and politics.

“On its 50th anniversary, FOIA demands not only our sympathetic appreciation, but also our critical attention and sober study—especially now that the FOIA model is sweeping the globe. We need to be asking . . . whether there might be a need for some different mechanisms of transparency to supplement, or possibly even supplant, some of the work of FOIA in the years ahead.”

Videos of day one, day two, and day three of the conference can be found here. The full program of events, with speaker biographies, can be accessed here.

“[email protected]” was co-sponsored by Columbia University’s Office of the President and the Dart Center for Journalism and Trauma.