The Supreme Court’s review of restrictive Arizona voting laws could have profound implications for voters of color, says the executive director of Advancement Project 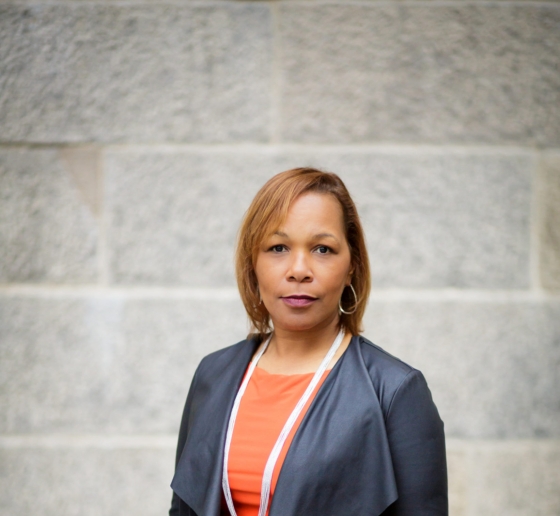 Voting rights expert Judith Browne Dianis ’92 joined the racial justice organization Advancement Project when it was founded, in 1999. Since then, she has spearheaded its voter protection project and its work to disrupt the school-to-prison pipeline. After graduating from Columbia Law School, Dianis received a prestigious Skadden Fellowship and went on to become the managing attorney in the Washington, D.C., office of the NAACP Legal Defense and Educational Fund. In 2017, she was honored as the Social Justice Initiatives Distinguished Public Interest Graduate of the Year.

Brnovich v. Democratic National Committee is a constitutional challenge to Arizona voting laws that ban third-party ballot collection and invalidate ballots cast in the wrong precinct. What are the key issues at stake?

We should all be concerned about the possible implications of Brnovich. In 2013, Shelby County v. Holder effectively ended the required preclearance of voting changes in jurisdictions, covered by Section 5 of the Voting Rights Act (VRA). In the words of the late Rep. John Lewis, Shelby “stuck a dagger in the heart of the Voting Rights Act.” Brnovich is so alarming because it involves the remaining powerful tool in the VRA toolbox: Section 2, which prohibits any “qualification or prerequisite to voting or standard, practice, or procedure . . . in a manner which results in a denial or abridgement of the right of any citizen of the United States to vote on account of race or color[.]”

This will be the first time the Supreme Court has reviewed the legal standard, or test, for vote denial (rather than for vote dilution, the practice of redistricting to minimize the voting strength of racial minorities) under Section 2. Currently, under this section of the VRA, discrimination can be shown without proving intent and instead by using a “results test” that shows disproportionate impact of the policy or practice taking into account historical and social conditions. The 6–3 conservative majority on the court—a court led by Chief Justice John Roberts, the author of Shelby and no friend of the VRA—could dramatically alter or limit voting rights protections. (It is important to note that as a junior lawyer in the Reagan administration, Roberts opposed the amendment to the Voting Rights Act that added the results test.) Brnovich could compound the injury of Shelby by further limiting protections; even worse, it could be the death knell of the VRA.

If the court upholds the Arizona voting laws in Brnovich, what impact will the decision have on the many bills now in state legislatures that seek to impose restrictions on voting? What will be the impact if SCOTUS strikes down the law?

It depends on the court’s holding on the vote denial results test. If the court does not alter the vote denial standard but reverses the 9th Circuit’s decision to strike down Arizona’s laws, then many voter suppression bills across the nation will continue to face court challenges under the Section 2 results test, as is. It is not a good scenario for Native American, Latinx, and Black communities in Arizona, but it would be a relatively good scenario overall. If the court alters the legal standard in accordance with Justice Brett Kavanaugh’s suggestion during oral argument—“whether a rule is commonplace in other states that do not have a similar history of racial discrimination”—then the hill to climb to defeat current voter suppression bills becomes steeper.

After Shelby, and potentially Brnovich, does the United States need a new Voting Rights Act along the lines of the two bills currently in Congress, H.R. 1 and the John Lewis Voting Rights Advancement Act? Would Congressional legislation to restore preclearance survive a court challenge, given the current makeup of the Supreme Court?

Yes. H.R. 1, the For the People Act, implements a host of measures to make voting more accessible, limit dark money in politics, and combat gerrymandering. It would combat voter suppression schemes and advance measures that ensure voters of color have fair representation in the government that makes key decisions for their communities.

The new preclearance provisions of the John Lewis Voting Rights Advancement Act would survive a court challenge. For the past several years, organizations like Advancement Project have collected evidence that has become part of the Congressional record in support of the bill. This process is ongoing.

The Brennan Center has counted 253 bills in 43 states that seek to impose more restrictive rules on voting. What is behind this wave of proposed legislation? What will be the effect?

After Barack Obama was elected president, we saw a rise in the number of voter suppression laws that targeted Black and Latinx voters. These bills included strict voter ID requirements, cuts to early and Sunday voting, and restrictions on voter registration groups, among other things. Groups like Advancement Project were successful in beating back many of these anti-voter laws, including what was called the “monster” voter suppression law in North Carolina.

Voter suppression efforts intensified after the 2020 election as President Trump spread disinformation about voter fraud and a “stolen” election, and states used these pretexts for restrictions. There is no evidence of voter fraud, and courts repeatedly ruled against President Trump’s challenge to the election outcome. At the heart of this wave of voter suppression laws is an effort to stop or slow the transfer of political power to the rising majority of Black and brown Americans.

Advancement Project has filed a federal lawsuit to block the implementation of Georgia’s voting law, enacted in March, which imposes new voter ID requirements, limits drop boxes, and gives more power over elections to the state legislature. The law has been compared by President Joe Biden and Georgia Sen. Raphael Warnock to Jim Crow voting restrictions. Is that an accurate comparison?

The newest wave of voter suppression laws like Georgia’s are taken from the Jim Crow playbook. In 2020, Georgia experienced record turnout, especially among Black and Latinx voters. This triumph for democracy was met with backlash in the way of [the new voting law], which targets Black and Latinx voters by erecting barriers to the ballot box through methods that will disproportionately impact them in particular. Georgia has experienced significant growth in registration of Black, Latinx, and Asian voters and is expected to be majority people of color by 2028. It is in response to this growth that the law was passed with provisions that specifically attack methods of voting that aided the increase in voter turnout of communities of color.

While laws like Georgia’s S.B. 202 are more subtle than literacy tests, grandfather clauses, and poll taxes, the effect continues to be to make it harder for voters of color to participate in our democracy.

Voting rights expert Myrna Pérez ’03 says voters need “lots of options” to make sure everyone can cast a ballot safely, in person or otherwise.

Does the Supreme Court Have Too Much Power?