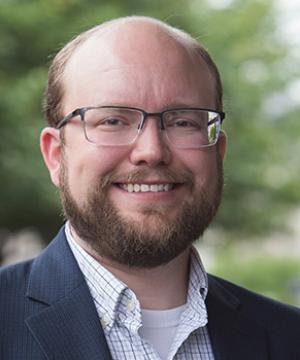 California became the first state in the nation to do away with the money bail system when Gov. Jerry Brown on Aug. 28 signed into law SB 10, The California Money Bail Reform Act. This radical overhaul of bail essentially abolishes cash bail for suspects awaiting trial and puts bondsmen on the path to extinction. Many hailed this new law as a leap forward in reforming an unjust and ineffective bail system, but some proponents of bail reform are critical of the new law, which is scheduled to take effect October 1, 2019.

“Jailing people on the risk of future criminality should be the stuff of dystopian novels, not the reality for 75% of the United States’ incarcerated population,” said Kellen Funk, an associate professor of law who specializes in American legal history and pretrial procedure. Funk, who joined the Law School in July, is teaching a seminar this semester on the American bail system and is writing a book on the subject.

Q: Do you think other states will follow California’s lead?

Funk: We shouldn’t think of California as too far ahead of the curve here. Although California’s total abolition of money bail is unique, New Jersey, New Mexico, and Washington, D.C. have effectively ended the use of cash bail in practice, even though it technically remains an option on the books.

The new law eliminates the use of cash bail entirely and requires pretrial risk assessments to be considered for the preventive detention of accused criminals in every county in consultation with the state’s probation officers.

What do you think of this piece of legislation?

While doing away with cash bail and the massively unequal treatment money bail creates, SB10 allows prosecutors to seek, and judges to permit, pretrial detention for those deemed of “moderate” or “high” risk of flight or future criminality. What constitutes such risks is largely undefined, leaving a lot to local judicial discretion; the danger is just as many people will remain incarcerated under a risk-assessment tool as under the money bail system.

How did the current system of bail begin, and why has it been so intractable?

For most of the 19th century, English and American law forbade anyone to pay to get out of jail pending trial. Instead, two or more local “sureties” from the community had to pledge some amount of cash or property to the state if a defendant failed to appear for trial, but no money traded hands upfront. The licensing of commercial sureties—paying a bondsman to make the pledge, essentially—arose to address the inequality of the old surety system, which disadvantaged sailors, merchants, vagrants, basically all mobile populations who didn’t have strong local contacts to stand surety for them.

After decades of judges imposing wildly varying amounts needed for release on money bail (amounts often swayed by a defendant’s race or other stereotypes), reformers turned to bail schedules to standardize bail amounts across types of charges (around $500-$5,000 for misdemeanors, $10,000 and up for felonies.) Many states are now looking to risk assessments to wean themselves off of bail schedules whose high threshold amounts keep the poor detained.

That has often been the story of bail in the past—reforms in one era become the mechanisms of mass incarceration in the next. Today, according to the U.S. Bureau of Justice Statistics, around three-fourths of the incarcerated population in any jurisdiction in America is awaiting trial—no conviction, no trial of the state’s evidence, just the inability to meet the often financial demands for release.

Is the problem that bail is being set too high, or are other factors fueling the mass incarceration of those awaiting trial?

Certainly, most bail schedules are set way too high, and most courts do very little to determine whether a defendant can afford release. But the underlying problem is that bail amounts are set disproportionately high because society has a disproportionately high sense of criminal risk. Stories of people committing crimes while released pending trial register much more starkly than the many thousands of law-abiding defendants who make all their trial appearances. Judges—especially those who must stand for local election—will catch far less flack if they over-incarcerate than if they let one “risky” individual go.

That is where risk-assessment algorithms have the potential to help and to harm. Risk assessment at least directs attention away from how much money someone has in his or her pocket. But if missing one misdemeanor hearing in the past now makes someone “high” risk, the new tools will over-incarcerate just as surely as the bail schedules do.

What criteria do you think should be used to determine pretrial detention?

U.S. constitutional law is premised on the right to be presumed innocent pending trial and the right to adequately prepare a defense against the state’s charges. If we take those rights seriously, there should be a strong, nearly irrefutable presumption of release pending trial. At a minimum, a court should detain only if clear and convincing evidence shows that no set of conditions—e.g., ankle monitoring, stay-away orders, etc.—could reasonably assure a defendant will show up to trial and that public safety will be reasonably protected. Such a finding needs to come quickly in the arrest process, since people can lose jobs, housing, and child custody after only a day or two in detention. And defendants should have the assistance of legal counsel when a court makes these findings.

If that sounds like a really onerous set of procedures, that’s the point—most courts would have sufficient time and resources to evaluate only the hard cases, and everyone else would need to be released almost automatically for that to happen. Ultimately judges—and American society at large—need to reevaluate how they approach criminal risk. Even a high chance someone will fail to appear at a misdemeanor trial is not a good reason to detain that person for weeks pending trial.