The conservative majority may try to thread the needle and allow new restrictions on abortion without overturning Roe v. Wade, the Columbia Law School professor says. 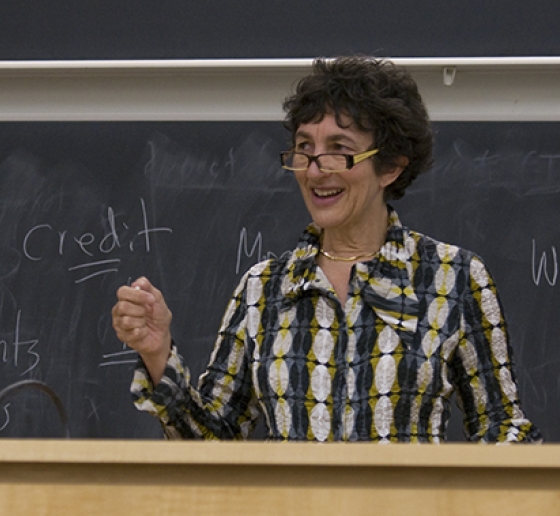 Two cases now before the Supreme Court challenge the constitutional right to abortion established nearly half a century ago in Roe v. Wade. The first, Whole Woman’s Health v. Jackson, argued on November 1, challenges a Texas law that makes abortion illegal after six weeks of pregnancy and provides for enforcing the law through private citizen lawsuits rather than government action. The other case, Dobbs v. Jackson Women’s Health Organization, concerns a Mississippi law that seeks to ban most abortions after 15 weeks of pregnancy and could lead to one of the most consequential abortion decisions the country has seen in three decades. With arguments for Dobbs scheduled for December 1, Carol Sanger—Barbara Aronstein Black Professor of Law and author of About Abortion: Terminating Pregnancy in Twenty-First-Century America (Harvard University Press, 2017)—discusses how the court’s conservative majority might further restrict reproductive rights Roe established in 1973.

What are the important distinctions between the two cases?

Texas and Mississippi have put a time limit on when women can get a legal abortion. Texas established a six-week time limit, which is a pretty small period in which a woman must recognize that she is pregnant and figure out what she wants to do about it. Six weeks is a very narrow window in which to make such an important decision.

Texas has an added little kicker in its statute—a procedural aspect of the law that says, “We’re going to enforce this law in a way that no state has done before.” Normally when a law is broken, you expect the police or a government official to investigate and enforce it. But in a bold new move, Texas has outsourced enforcement to private persons. Any citizen in the United States has the right to sue anyone in Texas who has an abortion or tries to have an abortion before after six weeks and anyone who helps—“aids and abets” according to the statute—that person: performs the procedure, lends them money, drives them, watches their kids.

The point of outsourcing enforcement to “civilians” is that it’s a method of keeping challenges to the law’s constitutionality out of the federal courts, which require governmental enforcement in order for a constitutional challenge to proceed. It’s a way of saying to the federal courts, “Keep your hands off these cases. We want them decided in friendlier state courts.”

Mississippi also has established a chronological limit for abortions, although it uses a 15-week cutoff for a legal abortion to take place. This is a more generous period than Texas, as 92% of abortions in Mississippi take place in the first 13 weeks.

But the key point for the legal challenge is that both 15 weeks (Mississippi) and six weeks (Texas) are unconstitutional under Roe v. Wade, the 1973 case that held that a woman has the right to choose to terminate a pregnancy any time before viability. In 1973, viability—the time when a fetus can survive outside its mother’s womb—was around 28 weeks. Now, because of more sophisticated medical treatments, viability is probably closer to 24 weeks. These new laws are both unconstitutional, and nobody, including the state of Texas and the state of Mississippi, doubts that fact as a matter of law. But the prize here is not a gestational limit per se, but the legality of abortion at all. Mississippi has not only asked the court to uphold the 15 weeks but also to take a look at the whole abortion jurisprudence and strike down Roe v. Wade entirely. Something along the lines of, “Use our time limit as the opportunity to get rid of the outrage of abortion that has been plaguing the country since 1973.” That’s the invitation that Mississippi has directly presented to the court.

What’s the argument for striking down the Mississippi law?

The reason that justices might not overrule Roe is the long-established doctrine of stare decisis, which says that the Supreme Court should adhere to precedent and be guided in their decision by following the last case that presented the same issues, more or less, as in the present case. Here that case is Planned Parenthood of Southeastern Pennsylvania v. Casey (1992), in which the court was asked to strike down Roe in the context of Pennyslvania abortion restrictions. But the court in Casey said over and over again that it was not overruling the central holding of Roe: that women may choose abortion anytime before viability.

There are, of course, certain exceptions to the rule of stare decisis, and an important one is if the rule being challenged has become unworkable. But in Casey the court rejected this proposition in the context of abortion regulation. Indeed, it said that rather than the rule becoming unworkable, the rule is now part of what people expect as their constitutional due. As the Casey decision puts it, “An entire generation has come of age” knowing they can rely on the constitutionality of abortion should their contraception fail.

However, since Casey there has been a powerful change in the composition of the court: Only three members of the present court now defend the holdings in Roe and Casey as part of a person’s vested liberty interest in controlling the deeply personal and intimate decision of whether or not to have a child. Here is where the action is focused. Will Chief Justice Roberts be able to persuade right-leaning members of the court (and himself) to side with the double layered precedent from both Casey and Roe?

How might the court decide Dobbs to take away the constitutional right established by Roe?

If they want to crush Roe, one way is for the court to say what it said in Lawrence v. Texas (2003), which overruled Bowers v. Hardwick (1986) and made same-sex sexual activity legal: Bowers was wrong when it was decided, and it is wrong today. I don’t think the justices want to quote from the sodomy case particularly, and it goes in the wrong direction since Lawrence made something unconstitutional, constitutional. But I could imagine them saying something like, “The way we thought in the 1970s was in error, so we’ve been rethinking this.”

They could say the mistake in Roe was saying that a fetus is not a person under the Constitution. They might say something like: “People know more about fetuses now—we know when they feel pain; a fetus can be a patient, for example, because you can do an operation on a fetus—and none of that [knowledge] existed in 1973.” I don’t think they will, because it would be too shocking. If they say a fetus is a person under the Constitution, that is the end of Roe nationwide. I think that’s really too bold a move to make politically.

Is there a step short of overturning Roe that the court could take?

That is the $64,000 question: How do you further demolish Roe without having to admit that you’ve overruled it?

When we say the court is going to cut back on Roe, it is important to recognize that the 1992 case of Planned Parenthood of Southeastern Pennsylvania v. Casey already, and quite substantially, cut back on Roe. Casey said you can regulate the hell out of abortion prior to viability, but you can’t ban it. So now if you want to get an abortion at eight weeks, you have to have a mandatory ultrasound. You have to go home and think about it for 24 hours or 48 hours. Doctors have to read legislatively prepared scripts when they’re performing the ultrasound and point out all identifiable anatomical features: There’s the head, that’s an elbow, here’s the heart. These are the kind of constraints and restrictions that Casey added to Roe.

In Dobbs, the court might say, “Well, viability was kind of randomly selected in Roe, and we have the power to change it since we established viability in the first place.” But in order not to overturn Roe completely (and remember that there might not be the votes to save Roe at all) they have to define what the new time period is going to be. They can’t say, “We now abolish viability, but Roe stands,” because that would utterly overturn Roe. If they’re going to allow some period for a legal abortion, they have to come up with some measurement of the period, or a state could say one week, and then Roe will have been overruled. The court could uphold the Mississippi legislation, and 15 weeks would now substitute in for viability; they might create a threshold (whether six, 12, 15, 20 weeks) as the minimum legal time period and then leave it up to up to each state to legislate beyond that threshold. We will find out next June when the decision is handed down.

If the citizen-lawsuit enforcement mechanism is upheld in Texas, could it be applied to other actions, and what will happen in other states if the Texas or Mississippi law is upheld?

This is an important question! Yes, certainly this can be applied to other issues, such as gun control. There’s an amicus brief filed by the Firearms Policy Coalition warning the court that this novel citizen enforcement mechanism is not limited to abortion. Another state could jolly well pass legislation authorizing any citizen to sue anybody in a particular state engaging in other disfavored but legal behavior, such as open-carrying a gun. Although the Texas statute is aimed at abortion, the underlying scheme is one of general application; it can be used for anything. Many are awaiting the court’s decision on this point before next summer. I think that the Texas enforcement mechanism is such an affront and a disruption to our constitutional legal system that the court will not uphold it, particularly because there have been concerned murmurings by some justices about the court’s legitimacy. (Justice Amy Coney Barrett, for example, reminded a lecture audience in September that the court was not made up of a “bunch of political hacks.”)

Should the Texas law be approved with the enforcement mechanism, there are at least 10 states that have a similar statute ready to roll. If the Supreme Court upholds the Mississippi statute, about 22 states will have what are called gestational age limits. They’re sometimes called trigger laws because the state has enacted a law that says the minute that Roe v. Wade is overturned, this law comes into effect and abortion is illegal here.

On the other hand, there are 14 other states that have trigger laws that say the minute Roe is overturned, abortion will be legal in that state.

Sanger says the best way to follow oral arguments in Dobbs on December 1 is to listen to live audio on C-SPAN. “They put up the name and the picture of whichever justice or attorney is speaking,” she says. “This helps a lot because there are so many interruptions that it otherwise would be rather hard to follow.”

| New York Magazine
In The Media

The Merrick Garland You Don’t Know

| Politico
In The Media