During Campaigns, Musicians 'Can’t Always Get What They Want’ From Politicians 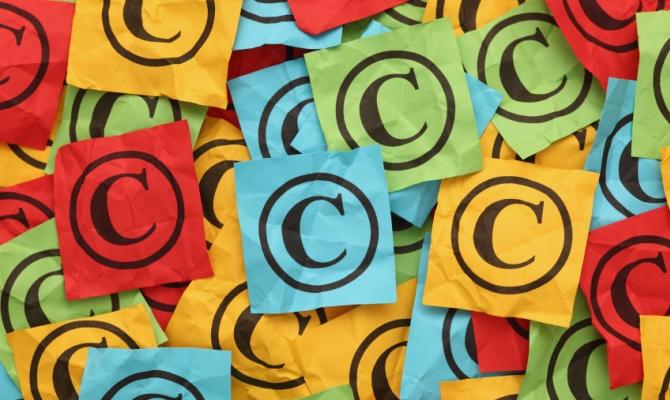 Shortly after GOP presidential nominee Donald J. Trump strode onto the Republican National Convention stage to the triumphant sweep of Queen’s “We Are the Champions,” the legendary rock band rebuked him on Twitter for using its song without permission. Despite artists’ objections, however, such dust-ups between politicians and musicians are common, yet rarely rise to the level of copyright infringement, according to two leading entertainment lawyers who spoke to Columbia Law School students during “Born to Run: Campaigns and Popular Music,” an event presented by the Kernochan Center for Law, Media and the Arts.

Robert Clarida ’93, a partner with Reitler Kailas & Rosenblatt, and Andrew Sparkler, vice president of business affairs and operations at Downtown Music Publishing, visited the Law School on Oct. 17 to provide insights on issues that arise when political campaigns use copyrighted music at events. The expert pair instructed students on what licenses political campaigns need in different physical locations, the statutory factors of fair use doctrine as they pertain to song use, and the means of recourse for artists like Queen when a politician they loathe uses the band’s music without permission. Clarida and Sparkler previously authored an American Bar Association piece on these issues titled, “Singing the Campaign Blues.”

In spite of Queen’s disapproval, Trump did not need authorization to use “We Are the Champions,” because Quicken Loans Arena in Cleveland had already entered into a licensing agreement with performing rights organizations, such as the American Society of Composers, Authors and Publishers (ASCAP) and Broadcast Music, Inc. (BMI), to use that song and thousands of others, said Sparkler, who previously served as a senior executive at ASCAP. Still, Clarida, who teaches a Law School seminar on emerging intellectual property issues, added Queen’s public complaint served a clear purpose: to inform people, notably the band’s fans, that it is not affiliated with Trump nor does it support his message.

According to Sparkler, high-profile songwriters are often more concerned with how their music is used, such as in a video on YouTube, than if they’re receiving royalties. He noted a “corollary” exists between how artists view their music being used on video platforms and political campaigns. But, he added, there is little best-selling artists can do to prevent a politician like Trump from legally using their song at live events. Three nights after his controversial use of Queen’s music, Trump provoked the ire of the Rolling Stones when he used their classic “You Can’t Always Get What You Want” as his intro music prior to formally accepting the Republican presidential nomination.

“If Donald Trump uses a Rolling Stones song and the Rolling Stones are ASCAP members, and have licensed their works, they can’t say I licensed my works everywhere except for when Donald Trump uses my songs,” Sparkler said, adding it is often best for artists to fight their battles via public relations, either through a critical social media post, an email, or a letter.

While rare, it is possible for politicians to run afoul of fair use, the legal doctrine that permits the unlicensed use of copyright-protected works in certain circumstances. According to Clarida and Sparkler, courts evaluate fair use on four statutory factors: whether the purpose is commercial or educational; whether a copyrighted work is creative or not; how much of the work is used; and the effect on the market value of the work. Violations of these standards are more likely to occur on televised videos, where the song is played in sync with visuals, than in live events at arenas where blanket agreements exist.

Fair use does not cover a politician using a song in an advertisement meant to boost his or her career (i.e., for commercial purposes) while undermining an opponent. A notable example of this occurred in 2010, when Talking Heads frontman David Byrne sued then Florida Governor Charlie Crist for using the band’s song “Road to Nowhere” in an attack ad portraying his political opponent, Marco Rubio, in a negative light. During his presentation, Sparkler played Crist’s YouTube apology to Byrne, and noted that Crist’s court-mandated act of contrition was unusual.

In addition to hosting special events, the Kernochan Center contributes to a broader understanding of the legal aspects of creative works of authorship, including their dissemination and use.  On Nov. 3, the center will hold an event called "ISIS in Iran and Syria: Looting the Ancient Near East's Cultural Heritage."