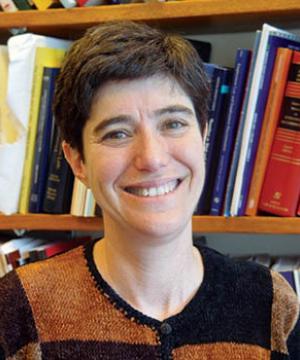 The Department of Justice is planning to direct its Civil Rights Division to review university admissions programs that allegedly disadvantage white applicants, The New York Times reported on Tuesday.

Though an internal DOJ memo that invites lawyers who are interested in investigating and litigating “intentional race-based discrimination in college and university admissions” does not specify which groups of applicants may encounter discrimination, both critics and supporters of the initiative say it targets policies that consider race as a factor in bringing diversity to student bodies.

Last year the Supreme Court upheld a policy at the University of Texas that considers the race of prospective applicants. Susan Sturm, the George M. Jaffin Professor of Law and Social Responsibility and the founding director of the Center for Institutional and Social Change, was the principal author of an amicus brief filed on behalf of the National League of Cities and 15 other higher education organizations and leaders.

Commenting on the shift in enforcement priorities reportedly underway at DOJ, Sturm offered the following reaction:

The internal DOJ memo suggests that higher education institutions will face a crucible moment under the Trump Administration that carries with it both risk and opportunity.

The risk is that colleges and universities will take the path of least resistance, caving into a policy that threatens to shut down lawful efforts to advance diversity. This shortsighted path would abdicate higher education’s responsibility to fulfill its public mission, and hamper the capacity of universities to address the racial divides that threaten our democracy and prosperity.

The opportunity presented by this impending threat is for institutions of higher education to use this opportunity to recommit to the values of diversity and racial justice. They can do this by deepening and solidifying their collective commitment to full participation and holistic review. They can review how they are currently using tests to increase rankings rather than to improve the quality of the student body. They also can broaden efforts to assure that the public mission advanced by diversity is fully reflected in their pedagogical practices, and document both need and value when they take race into account.

This moment also offers the opportunity for higher education institutions to solidify partnerships with communities and educational institutions that serve primarily students of color. Such partnerships focus leadership where it is most needed and reduce long-term legal risk.

As the Supreme Court wrote in a 2003 ruling that upheld consideration of race in university admissions, “nothing less than ‘the nation’s future depends upon leaders trained through wide exposure’ to the ideas and mores of students as diverse as this Nation of many peoples.”