New Yorkers will vote on whether the state should hold a convention to amend the constitution. Professor Richard Briffault weighs in on what is at stake.

On November 7, New Yorkers will vote on whether the state should hold a convention to consider changes to its constitution. Perhaps few know as much about what is at issue than Richard Briffault, the Joseph P. Chamberlain Professor of Legislation at Columbia Law School.

Recently, Briffault, who co-authored the casebook, State and Local Government Law, served on a task force convened by the New York City Bar Association to examine this very issue. In all, 14 state constitutions require that voters periodically consider whether a state constitutional convention ought to be called. New York requires this question be on the ballot every twenty years. 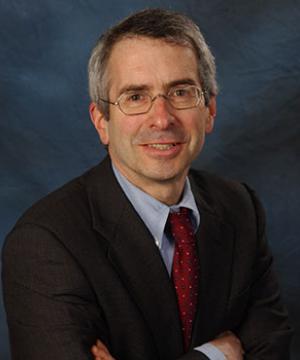 Briffault and his fellow members of the task force came down in favor of a convention, in part, as the group wrote in its report, because they believed the state constitution is in serious need of revision and “voters will have the opportunity to either accept or reject any proposed amendments that emerge.”

Still, the report acknowledged flaws in the process for selecting delegates and the risks to rights and protections enshrined in law currently that opening the constitution to revision can present.

Debate on the measure cuts across party lines, according to polling at the end of September by Siena College. Overall, 44% of respondents said they would vote yes, compared with 39% who said they’ll vote no, which is roughly within the margin of error.

In the Q&A that follows, Briffault discusses some of the issues at stake.

Q: What are the key pros and cons of a convention?

Briffault: Those who support a convention say it offers opportunities to pursue such reforms as modernizing the courts, strengthening ethics laws, and facilitating voter registration and turnout, and empowering local governments. Those opposed to a convention say it risks rolling back civil liberties and protections for workers, the environment, students, and the needy that are enshrined in New York’s constitution currently.

Why does the state constitution mandate that voters decide every two decades whether to open the charter to changes?

Why does the state need a constitutional convention to modernize the courts or tighten ethics laws? Can’t lawmakers just pursue such changes?

Some – but not all – of these measures could be adopted by ordinary legislation, and even the ones requiring constitutional changes could be done by amendment without a convention. But many of these changes would directly affect the legislators themselves – voting reform (to make it easier for people to register and vote); redistricting reform; campaign finance reform; and ethics reform. It is always hard to get elected officials to change the rules under which they have already won office, and which impose new obligations and restrictions on them.

Those who oppose a convention say the risks to existing rights outweigh the potential for positive change. How do you view those concerns?

It is true that no one can be certain about what a convention will do or absolutely guarantee that existing rights will be left alone. But I think these concerns are greatly exaggerated. There is just about no political interest in opening up the provisions that opponents are concerned about. It’s also worth noting that most of those provisions were actually adopted at previous constitutional conventions.

Michael Gerrard, Andrew Sabin Professor of Professional Practice at Columbia Law School and director of the Sabin Center for Climate Change Law, analyzes debate over amending the New York state constitution and the pros and cons for environmental rights.