New York, January 31, 2014—To the public, attorney Jack Greenberg ’48 is best known as the civil and human rights trailblazer who argued historic Supreme Court cases, including Brown v. Board of Education, and won Martin Luther King Jr. the right to march from Selma to Montgomery. But to generations of Columbia Law School students, alumni, and faculty, Greenberg is just as legendary in the classroom—where he has been a brilliant teacher and wise mentor—as he was in the courtroom. 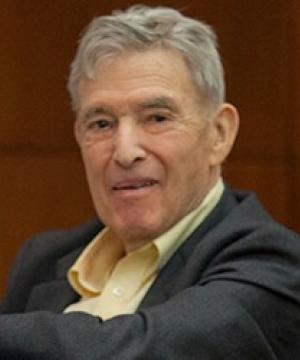 Greenberg’s enduring legacy, and the impact of his work over 65 years, were the major themes of a daylong Jan. 24 event, “Crusading for Justice: A Symposium Honoring Jack Greenberg’s Contributions to Civil and Human Rights Law and Lawyering,” which Greenberg, the Alphonse Fletcher, Jr. Professor of Law, attended with several members of his family.

Greenberg is the sole surviving member of the team of attorneys who argued Brown. The landmark school desegregation case was just one of 40 cases the crusading civil rights attorney argued before the high court in a career that included major contributions to school integration, equal employment, fair housing, and voter registration efforts in the U.S., as well as international advocacy on behalf of the Roma, who face discrimination across Europe.

The Navy veteran who fought in the battles of Iwo Jima and Okinawa got his start in the law in 1949 as a 24-year-old Columbia Law School graduate after being asked by future U. S. Supreme Court Justice Thurgood Marshall to join the NAACP Legal Defense and Educational Fund. Greenberg later went on to succeed Marshall as director-counsel of the powerful and now iconic racial justice organization.

Columbia Law School professors Theodore M. Shaw ’79—also a former LDF director-counsel—and Kendall Thomas, director of the Law School’s Center for the Study of Law and Culture, organized the gathering to pay tribute to their esteemed colleague and friend as the 50th anniversary of the 1964 Civil Rights Act and the 60th anniversary of the Brown decision draw near. The event featured presentations and commentary by notable advocates whom Greenberg worked with or influenced over the years. Columbia Law School faculty members from all areas of the law showed up in full force to join the celebration of Greenberg’s remarkable career.

Shaw, who co-taught a course on discrimination with Greenberg this past fall and has taught previously with Greenberg on the Roma, moderated the first of the day’s two panel discussions. At one point, he asked audience members whose work or life had been impacted by Greenberg to stand up. Soon, everyone in the room was standing.

“One physical manifestation” of a person’s influence “is a wheel with connecting spokes,” said Shaw, the Professor of Professional Practice in Law. In this case, “the center of that wheel is Jack Greenberg.”

Contributions to Civil Rights in the U.S. 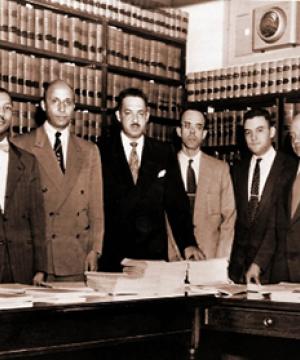 The morning panel focused on Greenberg’s impact on civil rights law in the U.S. In addition to his many victories as an attorney for LDF, Greenberg also worked to ensure that future generations of lawyers would be well-prepared to tackle new challenges. In 1972, he founded LDF’s Earl Warren Legal Training Program to offer financial assistance to law students whose commitment to social justice reveals outstanding potential.

Outside of LDF, Greenberg co-founded the Mexican-American Legal Defense and Educational Fund. He also was one of the original board members of Human Rights Watch and participated in missions to the Soviet Union, Poland, and apartheid-era South Africa, among other locations.

Greenberg carried his human rights work to the Law School when he left LDF in 1984 to become a full-time professor and vice dean after having served 14 years as an adjunct professor. He created the Human Rights Internship Program, which has placed more than 1,500 Columbia Law School students in hundreds of human rights organizations worldwide. Program graduates have been instrumental in drafting the South African Constitution, documenting human rights abuses against gay and lesbian youth in U.S. prisons, and establishing the International Criminal Tribunals for Rwanda and the former Yugoslavia, among other initiatives.

Greenberg, who was named dean of his alma mater Columbia College in 1989, has won many awards for his legal work. In 1996, he received the American Bar Association's Thurgood Marshall Award for his long-term contributions to the advancement of civil rights, civil liberties, and human rights in the United States. In 2001, President Bill Clinton gave Greenberg the Presidential Citizens Medal to recognize “more than 50 years as a fierce and tireless defender of civil and human rights.” And, in 2009, the Law School presented Greenberg with the Lawrence A. Wien Prize for Social Responsibility.

Ifill called Crusaders in the Courts: Legal Battles of the Civil Rights Movement, Greenberg’s book about his experiences at LDF, ‘one of my bibles,’ and said she particularly admired Greenberg’s lesser-known work on behalf of African-Americans facing unjust criminal prosecutions. 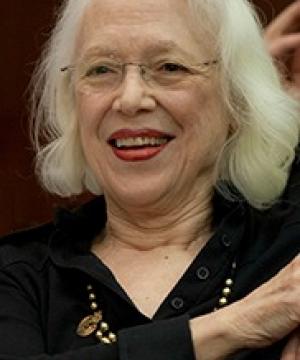 “The difficulty of managing those cases while bringing some humanity to the lives of those individuals was really quite astonishing,” she said.

According to Robinson, who worked under Greenberg at LDF, Greenberg had a knack for encouraging his staff attorneys to perform at a high level, allowing them to develop their leadership skills on cases and then wishing them well if and when they took their talents to a new endeavor.

But, as Robinson pointed out, Greenberg never really let anyone go. In addition to his ability to inspire productivity in his team members, Greenberg also knew how to coax work from people he no longer employed. Robinson recalled receiving an assignment from Greenberg 10 years after he left LDF.

“I was halfway through the assignment before I realized Jack didn’t pay me anymore,” Robinson told the packed lecture hall. “The thought of saying no never crossed my mind. Jack thought it was something I should do; ergo it was.”

Participants also spoke about the contributions of Greenberg’s wife, Deborah Greenberg ’57, who worked as an attorney at LDF after graduating from the Law School. Debby, who also served on the faculty at the Law School for many years, was at Greenberg’s side throughout the symposium. 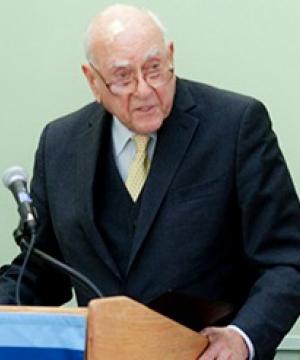 “Holder said, ‘If not for Jack Greenberg, I would not be here today—there would not be an African-American attorney general,’” Schizer told the audience before introducing Senior U.S. District Judge for the Eastern District of New York Jack B. Weinstein ’48, who was of-counsel with Greenberg on the Brown case.

Weinstein offered a poetic toast to Greenberg, his friend and Law School classmate, whom he called the legal profession’s “exemplar.”

Greenberg, who earned his B.A., LL.B., and LL.D. degrees from Columbia, and also served as the dean of Columbia College, spoke after Weinstein to express his appreciation for the event and everyone who attended.

The afternoon program explored Greenberg’s substantial contributions to advocacy for the Roma—sometimes called Gypsies—who are marginalized across Europe. Greenberg studied the plight of the Roma, writing in a 2010 Columbia Law Review article that their treatment is “one of the gravest humanitarian and economic crises of our time.” 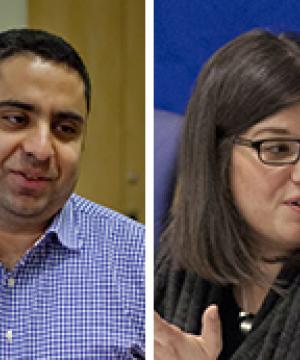 Goldston described the stigma and discrimination many Roma face across Europe and how Greenberg helped galvanize the movement for their rights and inclusion.

“It mattered hugely that Jack Greenberg put his authoritative voice behind the push for Roma human rights,” Goldston said. “In Europe, as in America, Jack’s words remain essential goalposts for all of us.”

Mandache awarded Greenberg a colorful diploma emblazoned with the Roma flag in recognition of his service. Nicoara, producer-director of Our School, a documentary following three Roma children’s experience in the segregated Romanian education system, recalled Greenberg’s wisdom and leadership at a summer school for Roma activists.

Rosenblum spoke warmly about the intellectual excitement of developing human rights advocacy at Columbia Law School in the early ’90s. 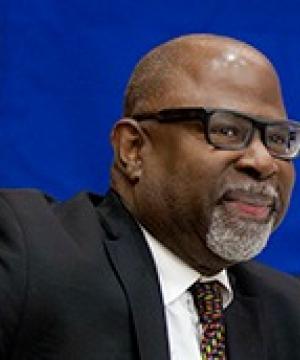 “I call it ‘The House that Jack Built,’” Rosenblum said. “He knew that we needed to send our students out and bring in people from outside the institution. We had so much to learn, and only then could we start thinking about teaching.”

Thomas opened the floor for questions, but attendees instead offered a flood of moving testimonials about the inspirational impact of Jack and Debby Greenberg. Shaw concluded the symposium by sharing his own memories, including of Greenberg’s characteristic modesty.

“I keep thinking about the imagery of ripples in a pond,” Shaw said. “We can’t honor you enough, Jack, but you wouldn’t let us do more.”

The Greenberg symposium is one of several “64 @ 50” events being held by Columbia Law School to commemorate the 50th anniversary of the Civil Rights Act.