In a New Course, Columbia Law School Professor Michael Doyle Calls Upon Students for Assistance in Creating a Model International Mobility Treaty Governing How the World's Migrants Should Be Treated

New York, September 1, 2015—Hundreds of thousands of people fleeing civil war or poverty in the Middle East and Africa have endured dangerous sea crossings in desperate attempts to reach the shores of Europe this year, hoping to create a new life on a safer continent.

But under existing international laws, they are not necessarily refugees—a narrowly defined legal classification available only to those fleeing political persecution. So some of them will be allowed to stay and others will be forced to leave, their fates tied to something over which they have no control. 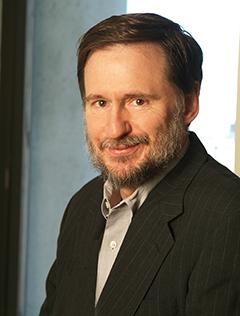 Columbia Law School Professor Michael W. Doyle thinks the world can do better.
A New Migration Agenda
Under the auspices of the Columbia Global Policy Initiative, which Doyle directs, he’s convened a team of experts to develop a model international mobility treaty that will govern all movement across borders. Not just by people displaced because of political persecution or poverty or civil war, but everyone: students, tourists, laborers, families seeking to reunite, and anyone else who travels from their home country to another country for any reason.   Each group has defined rights and duties, but these rights and duties also overlap.
“Capital, goods, and people are more mobile than ever in our globalized world,” said Doyle, a University Professor and former assistant secretary-general and special adviser to United Nations Secretary-General Kofi Annan. “Yet the movement of people across borders is still a largely unregulated enterprise that leaves many people unprotected in irregular and dire situations.”
Doyle’s multi-year project—in collaboration with Sir Peter Sutherland, Special Representative of the United Nations Secretary-General for International Migration—seeks to formulate a new migration agenda that will spell out the rights and responsibilities of individuals, the countries they leave, the countries they pass through, and the countries they seek to enter.
It’s an ambitious undertaking, and Doyle has enlisted the help of his students. In a new Columbia Law School course offered for the first time this fall and cross-listed with the School of International and Public Affairs, students will study existing laws and treaties governing migration and, later in the semester, break off into teams to negotiate a model treaty.  Their work will be conveyed to an expert team participating in the treaty project, including several other Columbia Law School faculty: Sarah H. Cleveland, director of the Human Rights Institute; Mark Barenberg, director of the Program on Labor Law and Policy; Jagdish Bhagwati, a former special adviser to the U.N. on globalization; and Michael B. Gerrard, director of the Sabin Center for Climate Change Law.
Doyle said the students may choose to break the model treaty up into discrete parts, focusing on reaching a consensus for one type of migrant, such as workers or families.
“Any good ideas, we’ll funnel right into our work for Global Policy Initiative,” he said.
Looking Ahead
The project couldn’t be timelier. Like Europe, the United States is struggling to deal with an influx of people, in its case from South and Central America. And in the next several decades, unless more is done to combat rising global temperatures, millions of people will be displaced by the effects of climate change, a phenomenon Gerrard has been drawing attention to in his work.
The effort to create a model international mobility treaty—both in the classroom and among the experts—is what Doyle calls a “realistic utopia.” Ideally, Doyle said, the treaty would travel the same path as the convention on landmines did in the late 1990s: be debated among non-governmental organizations and advocacy groups before becoming an actual treaty that countries can sign onto and support.
“There’s utility in writing things out in legal language so skeptics can see how the parts fit together, that the idea makes both moral and practical sense,” Doyle said. “Writing it out in the language of a convention both tests and conveys feasibility.”
The course, Model International Mobility Treaty Workshop, is one of several Columbia Law School offers that allow students to engage with and seek solutions to real-world problems, to forge their own vision of what the law should be.