Criminal Justice and the Juvenile Brain

New York, July 10, 2013—Psychologists and criminal defense attorneys have long argued that the adolescent brain is different from the brain of a child or an adult.

The only problem? They couldn’t prove it.
Now, with the help of advances in technology, a team of experts—including Columbia Law School Professor Elizabeth S. Scott—has set out to answer questions about how adolescent brain functioning differs from that of adults and how such differences may affect behavior and decision making. What they learn may have huge implications for the way the legal system determines adolescent culpability and punishment.
Scott, co-author of the award-winning book Rethinking Juvenile Justice, is part of The MacArthur Foundation Research Network on Law and Neuroscience, which was created in 2007 to study the effects of modern neuroscience on criminal law and to make neuroscience more accessible and beneficial to the courts. Established with a grant by the John D. and Catherine T. MacArthur Foundation, the network is a collection of leading scholars and researchers who have set out to produce empirical data to address problems at the intersection of neuroscience and criminal justice. Scott, the Harold R. Medina Professor of Law, is part of a group devoted to developmental brain research and its potential impact on juvenile justice policy.
“The idea is, because of their immature brains, adolescents may be more likely to engage in reckless and sensation-seeking behavior—and to get involved in criminal activity,” she explained.
To determine if that’s true, the network has assembled a smaller team of experts to conduct a study—currently underway—that analyzes the brain activity of juveniles and young adults between the ages of 10 and 25 as they complete various tasks in different emotional states or under the influence of peers. The team consists of three neuroscientists, a developmental psychologist, and three legal scholars, including Scott.
Using functional magnetic resonance imaging (MRI), the researchers plan to collect data on 250 participants, assessing “psychological capacities relevant to judgments of criminal responsibility,” according to a study description. The experiment will test for: impulse control, sensation seeking, and decision-making in the context of emotionally or socially charged situations.
Developmental brain research is already having an impact on law and policy. In April, Scott and University of Virginia School of Law Professor Richard J. Bonnie, who is also part of the network, published “The Teenage Brain: Adolescent Brain Research and the Law” in Current Directions in Psychological Science. They describe the emerging importance of brain science in the U.S. Supreme Court and other policy arenas but argue it is still too early to extend current research to individual adolescents facing criminal charges.
The goal behind the network is not just to acquire empirical data. Scott and her team also hold conferences and workshops for judges and lawyers to help them become, as Scott says, “sophisticated consumers of neuroscience research,” so they can separate the good science from the bad.
“I think there’s an openness now to policies that recognize differences between juveniles and adults,” she said. “Brain research—and even brain-imaging technology—has had an impact in changing people’s views. There’s something about colorful pictures of the brain that seems to impress people. When they can actually see the differences in adolescent brains, they can believe it.” 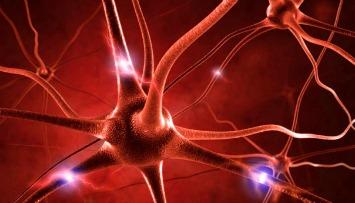 Recent U.S. Supreme Court rulings have also helped shift public opinion—and the court itself seems to be impressed with brain research. In 2012, the high court cited Scott and her Rethinking Juvenile Justice co-author Laurence Steinberg in Miller v. Alabama, holding that a state cannot impose a life-without-parole sentence for juvenile homicide offenders on a mandatory basis. That decision followed a 2010 ruling in Graham v. Florida that juvenile offenders could not be sentenced to mandatory life-without-parole for non-homicide offenses. Both those cases came on the heels of Roper v. Simmons, a 2005 case that abolished the death penalty for juveniles. While Roper pointed to behavioral studies, both Graham and Miller cited adolescent brain research in support of the conclusion that juveniles, because of their developmental immaturity, are presumptively less culpable than adults.
Scott previously participated in The MacArthur Foundation Research Network on Adolescent Development and Juvenile Justice for more than 10 years and may have the opportunity to collaborate on similar interdisciplinary work at the new Mortimer B. Zuckerman Mind Brain Behavior Institute that Columbia University launched in December. She believes the focus on brain development is important.
“I think paying attention to adolescent development in formulating responses to juvenile crime will result in a fairer justice system—one that promotes social welfare better than a system that treats juveniles like adults,” she said.