New York State Court of Appeals Judge Sheila Abdus-Salaam ’77 passed away April 12 at the age of 65. Below is the text of Dean Gillian Lester’s note to the Columbia Law School community. 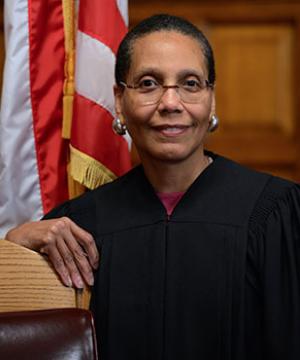 I am deeply saddened to share with you news of the passing of the Honorable Sheila Abdus-Salaam ’77, our wonderful and distinguished alumna who meant so much to Columbia Law School.

Judge Abdus-Salaam was a true trailblazer, and was the first African-American woman to serve on the New York State Court of Appeals. While her stellar legal career and service to the judiciary are well known, I must also recognize her unwavering dedication and service to the Law School over many years. Judge Abdus-Salaam was a regular presence on campus, participating in the life of the Law School in many significant ways.

She often returned to Columbia for Law School events, including those organized by our students, such as the Empowering Women of Color conference, where she spoke just a few weeks ago. She was a member of our Board of Visitors for over a decade, received the Law School’s Lawrence A. Wien Prize for Social Responsibility in 2013, and was a committee member for her class’s 40th reunion in June. And, perhaps making this loss most sharply painful, next Tuesday, she was to be the featured speaker at our annual alumni of color gathering, an event that will be postponed in light of this terrible loss.

Prior to her appointment to the state’s highest court, Judge Abdus-Salaam spent more than 15 years as a judge on the New York State Supreme Court, including in the Appellate Division. Before rising to the bench, she was an assistant attorney general in the Civil Rights Bureau of the New York State Attorney General’s Office.

Since her death yesterday, tributes have been pouring in from far and wide. New York State Governor Andrew Cuomo, who appointed Judge Abdus-Salaam to the high court, praised her as a pioneer, calling her “a force for good whose legacy will be felt for years to come.” And New York’s Chief Judge Janet DiFiore acknowledged Judge Abdus-Salaam’s “personal warmth, uncompromising sense of fairness, and bright legal mind.” These words couldn’t ring more true. Sheila Abdus-Salaam set an example for generations to come, as much for her brilliance, moral conviction, and remarkable professional achievements as for her kindness, modesty, and understated yet unfailing generosity.

Many of us, especially her fellow alumni, will be mourning her loss, but will also remember her with abiding affection. On behalf of the Law School, I want to extend our deepest condolences to Judge Abdus-Salaam’s husband, the Rev. Gregory Jacobs ’77, family, loved ones, colleagues, and classmates. We are currently planning ways to honor her memory, and I will be in touch again soon with further details.