Graduates of Columbia Law School are participating on all sides of the probe into possible Russian meddling in the U.S. presidential election. 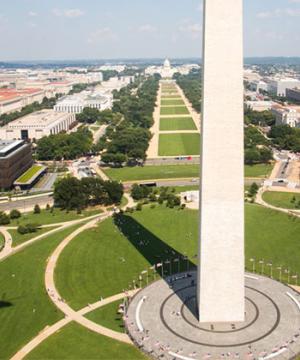 Graduates of Columbia Law School are participating on all sides of the investigation into possible Russian meddling in the U.S. presidential election.

Since his appointment in May, special counsel Robert Mueller has recruited Zainab Ahmad ’05 and Andrew Weissmann ’84 for his all-star team of Justice Department prosecutors.

In June, Jared Kushner, President Trump’s son-in-law and special adviser, added Abbe Lowell ’77 to his legal team. And, according to a National Law Journal report on Wednesday, U.S. District Chief Judge Beryl Howell ’83 might be overseeing a grand jury in Washington that is hearing evidence in the investigation.

Mueller recruited Ahmad from the U.S. Attorney’s office for the Eastern District of New York, where she has prosecuted 13 people for terrorism since 2009 and not lost a case.

In a New Yorker profile of Ahmad this past May, a former supervisor said she has likely amassed more time talking with “legitimate Al Qaeda members, hardened terrorist killers,” than any other prosecutor in America. Last year, former U.S. Attorney General Loretta Lynch recruited Ahmad to work at the Justice Department in Washington.

Judge Reena Raggi of the U.S. Court of Appeals for the 2nd Circuit, for whom Ahmad clerked, praised her “ability to analogize. Her aptitude for solving problems. She has a deep critical mind.”

As chief judge, Howell, who was appointed to the court by President Barack Obama in 2010, presides in grand jury cases, though court rules allow her to reassign those duties in some circumstances.

After graduating from the Law School, where she was a Harlan Fiske Stone Scholar, Howell clerked for U.S. District Judge Dickinson Debevoise ’51, and later became an assistant U.S. attorney in the Eastern District of New York.

Howell left the federal prosecutor’s office in 1993 to serve as counsel to the Senate Judiciary Committee, where she advised Democrats in the drafting of the Patriot Act and other legislation that arose in the wake of the 9/11 attacks. She later became executive managing director and general counsel of Stroz Friedberg, a firm that specializes in cybersecurity.

“There are few judges with the breadth of experience and the intellectual heft of Chief Judge Howell,” U.S. Senator Patrick Leahy, the Judiciary Committee’s top Democrat and a mentor to Howell, told The Washington Post last year. “She has steely conviction, and no one is a quicker study.”

Lowell is one of what Vanity Fair termed two “heavy hitters” whom Kushner hired for his legal team, which also includes Jamie Gorelick, a partner at WilmerHale.

For decades, Lowell, a Harlan Fiske Stone Scholar and an editor of the Columbia Law Review, has represented high-profile clients, including U.S. Senator Robert Menendez, who is being investigated on corruption charges, and House Democrats during the impeachment of President Bill Clinton.

Weissmann joined the special counsel’s investigation from the Justice Department, where he oversaw criminal fraud investigations, including the government’s investigation of cheating by Volkswagen on U.S. emissions tests.

The investigation into possible interference by Russia reunites Weissmann with Mueller, for whom Weissmann served as general counsel when Mueller was director of the FBI.

Weissmann, who served on the Columbia Law Review, has devoted most of his professional career to public service. He “is an extraordinary attorney with an incomparable dedication to the pursuit of justice,” Assistant Attorney General Leslie Caldwell said in announcing Weissmann’s appointment as head of DOJ’s fraud section.