New York, April 3, 2009 — Columbia continued its proud tradition of excellence in international law, emerging as the U.S. National Champion at the Shearman & Sterling International Rounds of the Philip C. Jessup International Law Moot Court finals this past week. Columbia Law School was the only team from the United States to advance to the octo-final rounds, in which the top 16 teams worldwide compete. 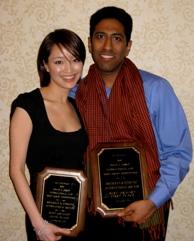 This year marks the 50th annual Jessup Competition, the world’s largest moot court competition with participants from more than 500 law schools in more than 80 countries. The top 115 teams worldwide, determined by previous national and regional rounds, advanced to the international rounds held this past weekend in Washington, D.C. Columbia secured its spot with a first-place finish at the Northeast Super-Regional competition in February. In the Super-Regional rounds, Thompson received Best Oralist for the Final Round, and Poh and Paliwal received Seventh and First Best Oralist among all participants.

Competitors argue a hypothetical dispute between countries before the International Court of Justice. This year’s Jessup Compromis involved questions of humanitarian intervention, sovereignty, ethnic cleansing, the rights of women, sexual exploitation, and the death penalty.

Columbia students must make a two-year commitment to compete in the Jessup Moot Court. Preparation for this year’s competition began in late September, when students received the Compromis. After spending the fall semester researching, they submitted briefs and began argument practice in January for the regional rounds in February.

The diverse strengths of this year’s teammates served them well, said Paliwal. Last year he and Thompson had competed in Jessup, while Poh competed in a moot that simulates the International Criminal Court. Prior to Law School, Lindemann served in the Navy, and Page was a Fulbright Scholar.

“Each team member brings a tremendous amount of capability and experience, and we built a team culture that is mutually supportive and collectively reinforcing,” said Paliwal. 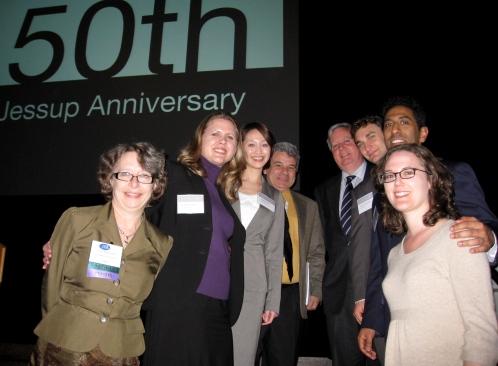 The competition is named after Professor Philip Jessup ’24, who taught international law and diplomacy at Columbia from 1925 until 1961. He published on maritime law, neutrality, collective security, and his most influential book, The Modern Law of Nations (1947). Jessup helped draft the statutes for the new International Court of Justice (ICJ) and the International Law Commission and served the U.S. government in a variety of advisory and representative posts. In 1961 he left Columbia for a nine-year term as United States representative to the ICJ.

Columbia was one of three law schools to compete in the first Jessup competition, held in 1960. Over the years Columbia has claimed three Jessup world championships – in 1963, 1965, and 2006.

###
Columbia Law School, founded in 1858, stands at the forefront of legal education and of the law in a global society. Columbia Law School joins traditional strengths in international and comparative law, constitutional law, administrative law, business law and human rights law with pioneering work in the areas of intellectual property, digital technology, sexuality and gender, criminal, and environmental law.
Visit us at www.law.columbia.edu.