Chinese Judges Get an American Education at Columbia Law School

Chinese Judges Get an American Education at Columbia Law School

New York, July 8, 2011—For some 45 judges and law students from China, a month spent in New York was anything but a holiday.

The judges, many in their 20s and 30s, spent most of their time immersed at Columbia Law School learning the basics of U.S. constitutional law, civil procedure, and torts. The judges are being trained as part of an LL.M. program run by City University of Hong Kong in collaboration with the National Judges College of China.

This was the third year for the program at the Law School, which has been an unqualified success, said Brian Gibson, assistant dean for international and comparative law.

“The group met with a wide array of federal, state and municipal judges, where they received professional and career advice and insights,” Gibson said. “A number of Chinese judges extended invitations to their U.S. counterparts to visit China. That has always been a long-range goal of the program.”

One of the annual highlights of the program was a visit to Washington, D.C., and a meeting with U.S. Supreme Court Associate Justice Ruth Bader Ginsburg ’59 (above).

Nearly two-thirds of the participants in this year’s program are women, Gibson said.

Benjamin Liebman, Robert L. Lieff Professor of Law; Director of the Center for Chinese Legal Studies, who served as academic director and taught a class in torts, said of this year’s program said that “the students were extremely impressive.  China has put extensive resources into improving the quality of the judiciary in recent years, and the judges who came to Columbia are among the best of the younger generation of judges.” 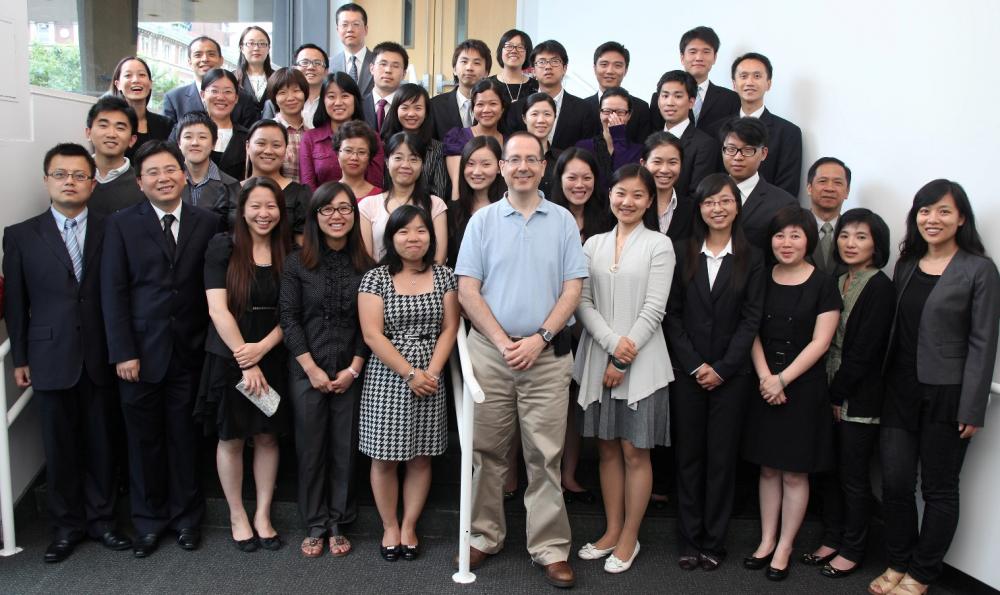 # # #
Columbia Law School, founded in 1858, stands at the forefront of legal education and of the law in a global society. Columbia Law School joins its traditional strengths in international and comparative law, constitutional law, administrative law, business law and human rights law with pioneering work in the areas of intellectual property, digital technology, sexuality and gender, criminal, national security, and environmental law.