Breaking the Resource Curse: Vale Center Works with Timor-Leste to Use Its Oil Wealth Responsibly 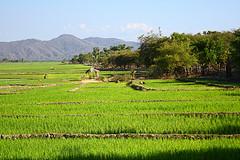 New York, May 5, 2011—It is known as the resource curse, a paradox where countries rich in oil, gas, and extractive minerals are unable to translate such wealth into sustainable development, and instead are roiled by poverty, poor health, and rampant corruption.
The country of Timor-Leste, also known as East Timor, has an abundance of oil and gas, as well as an opportunity to put in place mechanisms to spend the revenue that flows from it responsibly. Toward that end, it has enlisted the Vale Columbia Center on Sustainable International Investment (VCC) at Columbia Law School to help ensure its resources lift up the nation and create a vibrant, diversified economy based on the well-being of its people before the resources run out.
“Timor-Leste has the development indicators of a country with extreme poverty, like some of the highest rates of malnutrition and maternal mortality, but they have a $7 billion oil revenue account,” said Lisa Sachs ’08, the VCC’s Associate Director.
The VCC received an $800,000 grant from the Open Society Institute last year to promote integrated development in Timor-Leste in collaboration with the Revenue Watch Institute. Experts from the Earth Institute at Columbia University are also involved in the project, which is being managed by the VCC.
Timor-Leste offers a rare opportunity, in that it is a small country of one million people, still in the nascent stages of government and institution-building. Timor-Leste only gained full independence in 2002, after four centuries of colonial rule by Portugal and a quarter-century of often-violent occupation by Indonesia. Oil revenues to Timor-Leste first came on line only in 2005.

“To put it in the most dramatic terms, if the international community cannot support Timor’s sustainable development, something is going very wrong. With only one million people, new laws and institutions, and $7 billion in oil revenues, all signs point in a positive direction, said Susan Maples ’07, left, a policy researcher and analyst at the VCC. Maples, who has done extensive comparative research on extractive industries and sustainable development, has been to Timor-Leste multiple times to strategize with officials on oil-sector development.
The early indicators are indeed promising, said Jen Chao ’08, (belowt, with Timor-Leste Prime Minister Xanana Gusmao), the VCC’s Resident Coordinator in Timor-Leste. “You have this political will that doesn’t always exist in other resource-rich countries. Everyone is working to make this oil revenue translate into sustainable development.” 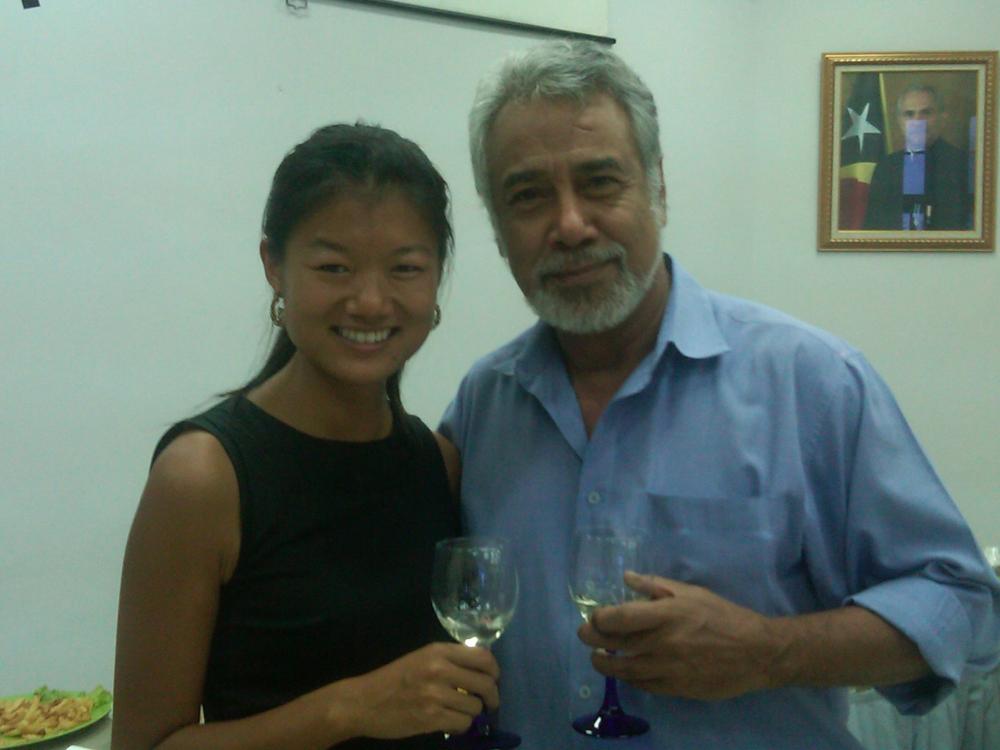 How to do this is the crux of the project. It focuses on increased investment in agriculture, health, education, and infrastructure, using the experience of best practices in other places such as the Millennium Villages, one of the Earth Institute’s key projects. The VCC also is providing advice on a framework that encourages beneficial foreign investment in the country.
“If you add up the returns on investments in human capital, health and infrastructure in a country that is impoverished, the returns are probably 10 times greater than what they’d get in a U.S. Treasury bond,” Sachs said. “But that thinking is not the norm. Our approach is don’t wait until the institutions are strong enough. Let the international community help start building the institutions. There’s no point in missing a generation.”
Despite all the oil revenue, Timor-Leste remains a nation that is 80 percent agrarian, which has prompted efforts by the VCC and Earth Institute to help diversify the economy toward increased agricultural production and tourism.
“We’re taking a holistic approach to this project,” Sachs said. “Susan is looking at how the oil will be taken out of the ground at the same time as an agricultural specialist is suggesting which seeds are best for development and food security.” Other colleagues, like VCC economic analyst Perrine Toledano have been helping to calculate a five-year public investment plan that spans various sectors, including infrastructure and health. 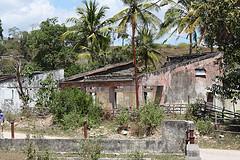 While Timor-Leste is a country that does not lack in international assistance, the advantage of the project is that the team works directly with the government. “We were specifically invited by the government. We’re not doing any program work that’s not through them,” Chao said, whose efforts have been bolstered at the Law School by students who work with the team on comparative research of treaties and other legal analysis.
“Working with students is one of my favorite parts of this type of work,” said Sachs, who like Maples and Chao, are alumnae of the Law School’s Human Rights Clinic run by Peter Rosenblum, the Lieff, Cabraser, Heimann & Bernstein Clinical Professor in Human Rights.
“Peter is someone who has seen the connection between development and human rights,” Sachs said. “He claims that our center keeps poaching his former students, but it’s because he’s teaching this connection between investment, development and human rights.”
# # #
Columbia Law School, founded in 1858, stands at the forefront of legal education and of the law in a global society. Columbia Law School joins its traditional strengths in international and comparative law, constitutional law, administrative law, business law and human rights law with pioneering work in the areas of intellectual property, digital technology, sexuality and gender, criminal, national security, and environmental law.
Visit us at http://law.columbia.edu