New York, Jan. 7, 2010 – The defendant is a suspected enemy combatant imprisoned at Guantanamo Bay. The government says he is guilty of aiding Al Qaeda, but he claims to be an innocent victim of circumstance. A military tribunal must decide his fate.
That is the setting for The Response, an award-winning film based on actual transcripts of combatant status review tribunals at Guantanamo Bay, starring Aasif Mandvi (The Daily Show with Jon Stewart) as the alleged terrorist, and Kate Mulgrew (Star Trek: Voyager), and Peter Riegert (Crossing Delancey) as two of the judges. 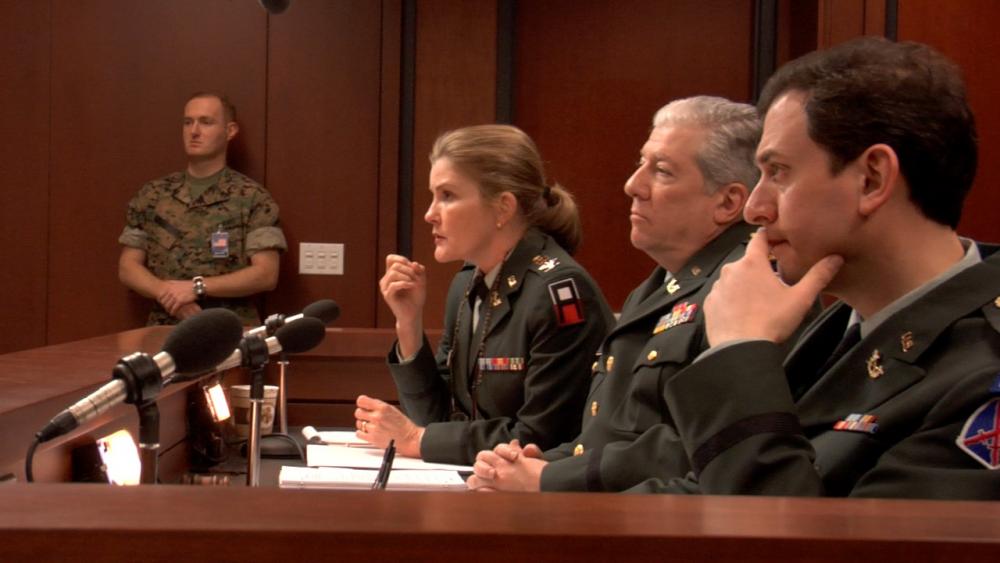 A screening of the 30-minute film will be held Jan. 20 at Columbia Law School in Jerome Greene Hall, Room 106, at 6 p.m., to be followed by a panel discussion featuring Associate Professor Matthew Waxman, who oversaw detainee affairs in the Bush administration (photo by Barry Stelzer / Richard Chisolm).
Along with the stars of the film, Sig Libowitz, the film’s writer, producer and co-star, and Shane Kadidal, Senior Managing Attorney for the Guantanamo Global Justice Initiative at the Center for Constitutional Rights, will join Waxman for the panel discussion, which will be moderated by Karen Rothenberg, Senior Sabbatical Fellow at the Law School’s Center for the Study of Law and Culture.
The Response received the American Bar Association’s 2009 Silver Gavel Award as best of the year in Drama and Literature, the ABA’s highest honor, and was recently selected as one of only 10 films to advance in the voting for the upcoming Academy Awards® as Best Short Film (Live Action).
A clip from the film can be seen here. For more information about the making of The Response, visit www.theresponsemovie.com.
The event is sponsored by the Center for the Study of Law and Culture and Social Justice Initiatives.
Columbia Law School, founded in 1858, stands at the forefront of legal education and of the law in a global society. Columbia Law School joins its traditional strengths in international and comparative law, constitutional law, administrative law, business law and human rights law with pioneering work in the areas of intellectual property, digital technology, sexuality and gender, criminal, national security, and environmental law.
Visit us at http://www.law.columbia.edu
Follow us on Twitter http://www.twitter.com/columbialaw