Attorneys General Extol Satisfaction of a Public Sector Career
Media Contact:
Public Affairs Office, 212-854-2650 [email protected]
New York, May 3, 2010—For John Kroger, it was joining the Marines. For John Suthers, it was interning on a team prosecuting a suspect who turned out to be a notorious serial killer.
They may not have known it at the time, but those events helped inspire careers in public service that have led to Kroger becoming attorney general in Oregon, a job that Suthers holds in Colorado.
Even though both come from different political bents--Kroger is a Democrat, Suthers is a conservative Republican, James Tierney, Director of the National State Attorneys General Program, who hosted both at Columbia Law School recently, said they have much in common. "Both are excellent students of the law and have taken very principled positions that are adverse often times to the political party to which they belong," he said. 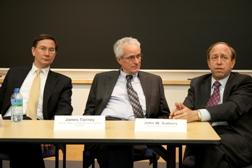 Kroger noted that's the only way he can do his job.  “As a prosecutor you’re always trying to get a just result. You’re not just trying to win. If you think you’ve got someone innocent you’re dismissing that case immediately,” said Kroger (left with AG Program Director James Tierney and Suthers). “I never wake up thinking I’m doing something I’m not comfortable with. For me, that’s just priceless. Life is too short not to feel great about what you’re doing.”
Even though he spent 10 years in private practice, Suthers relishes most the time he has spent as in the district attorney’s office in Colorado Springs, as U.S. Attorney for Colorado, and since 2005, attorney general. “I like to tell my friends I feel like I won the legal trifecta,” he said. “For a lawyer interested in public service it just doesn’t get much better.”
The Law School’s AG program has hosted several current and former attorneys general over the last year. All have said that one of the job’s many virtues, besides serving as a state’s top lawyer, is the ability to have a major impact on a variety of issues, including crime, environmental protection, consumer fraud, and children’s rights. But reaching that point took some doing for Kroger and Suthers.
“I had no idea what kind of law I wanted to practice,” Suthers said. “Nothing in the classroom inspired me much.” 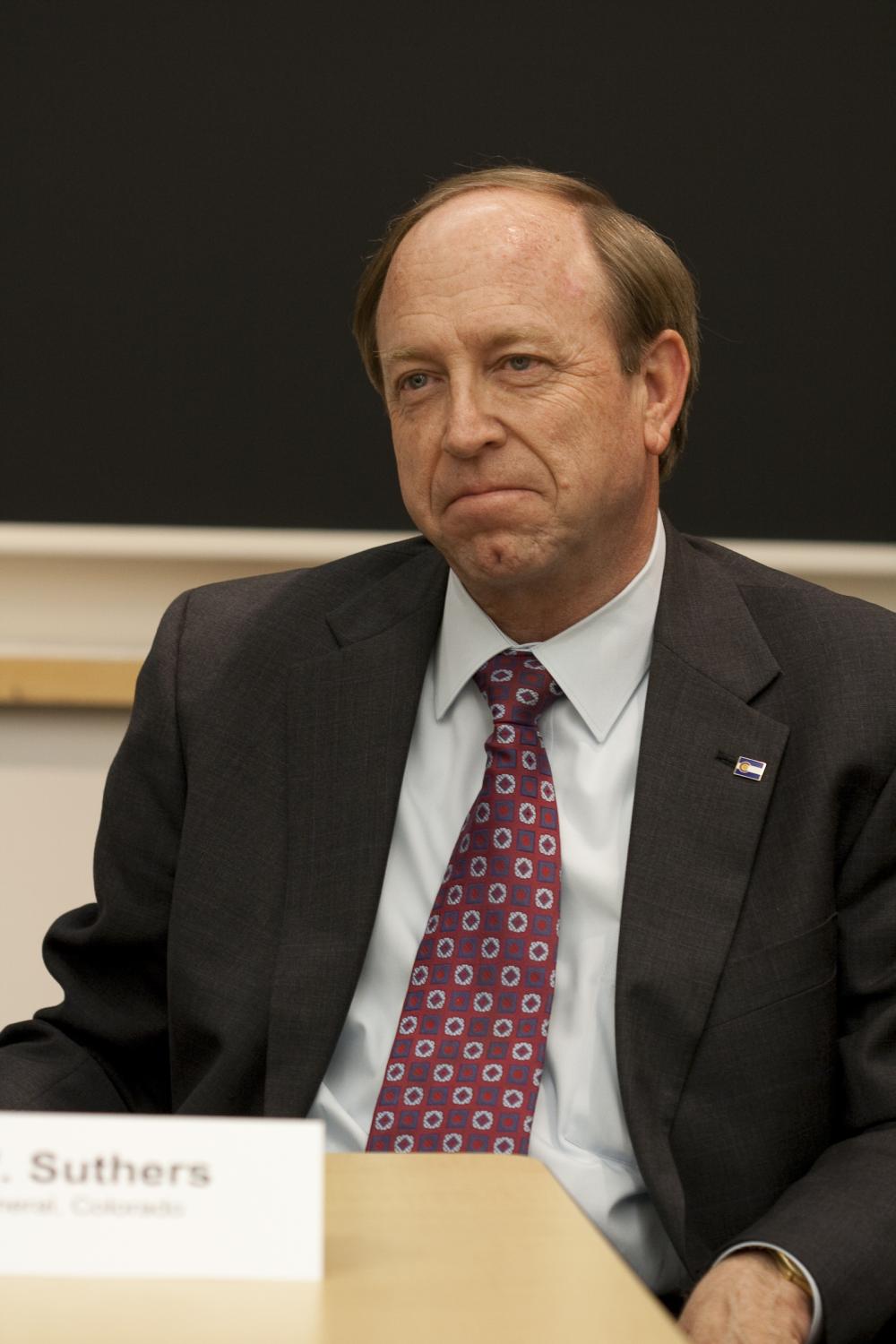 That changed when Suthers interned at the district attorney’s office in his hometown of Colorado Springs in 1977 while attending the University of Colorado Law School. The office served as a special prosecutor for a homicide in Aspen, where a transient was accused of murdering a nurse. While preparing the case for trial, the defendant escaped to Florida and killed two coeds and a girl before he was arrested. Suthers said, “My first case I had any involvement in was Ted Bundy,” who was linked to at least 35 murders before he was executed in 1989.
Suthers also worked on a case of a gang of Vietnam veterans turned armed robbers who were also charged with at least six gruesome murders, including a woman raped and stabbed at least 100 times. “I had ever encountered such evil. I didn’t understand that human beings could do that to others. But just being a small part of that team … I said, this is what I want to do.”
Kroger got an early start on public service when he joined the Marines when he was just 17. “It was a very profound experience at a formative age,” he said. “You’re constantly told every day that the country is so important that at the drop of the hat you’ll give your life for it. To hear that every single day and to believe that changes you probably permanently.” 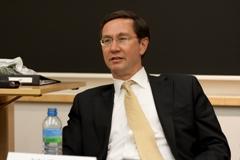 Kroger’s first job after graduating Harvard Law School was as an assistant U.S. Attorney in Brooklyn. He was lead counsel for more than 200 cases, including some high-profile takedowns of a Mafia don and a drug kingpin.
That, he said, is one appeal of the public sector for newly minted lawyers. The learning curve is short. By necessity, they get a lot of experience in a hurry. As an example, Kroger, who was a professor at Lewis and Clark Law School before he was elected in 2008, told how he hired a former student of his to work in the appellate bureau. In just 15 months he had briefed 50 cases and argued 19 cases in state and federal courts.
“The experience you can rack up in government service is unparalleled,” Kroger told students. “And that can lay the foundation for anything else you want to do in your legal career.”
To listen to an interview Tierney conducted with Kroger and Suthers, click here.
Columbia Law School, founded in 1858, stands at the forefront of legal education and of the law in a global society. Columbia Law School joins its traditional strengths in international and comparative law, constitutional law, administrative law, business law and human rights law with pioneering work in the areas of intellectual property, digital technology, sexuality and gender, criminal, national security, and environmental law.
Visit us at http://law.columbia.edu
Follow us on Twitter http://www.twitter.com/columbialaw