America and its European Allies in the War on Terror 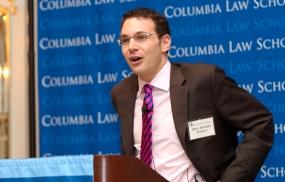 Oct. 16, 2007 (NEW YORK) -- Matthew Waxman, former U.S. State Department deputy director who will join Columbia as an associate professor of law in January, spoke to Law School alumni at the St. Regis Hotel on Oct. 11, contrasting the Bush administration’s understanding of the “war on terror” with that of its European allies.
Though many American policies, particularly the treatment of enemy combatants, are controversial, it is important to note that the Bush administration’s framing of the conflict has been supported by both the courts and Congress, Waxman said. While President George W. Bush has framed the conflict as a “war,” a designation which has been used to justify the indefinite detention of suspected enemies, Europe prefers to see the conflict in terms of a criminal matter.
What explains the divide? Waxman said that part of the answer lies in the two parties’ different experiences with war, with the United States often emerging stronger after hostilities. Also, he said, the United States, as the world’s sole superpower, is equipped to handle a global war, something Europe could not do.
Waxman also contrasted the parties’ different experiences with terrorism. While Europe has long suffered terrorist attacks, no single incident has ever come close to inflicting the number of casualties as the United States suffered on Sept. 11, 2001. 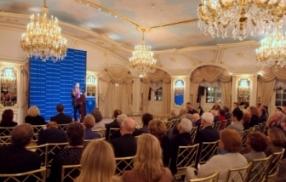 Domestic concerns regarding Europe’s restive Muslim population also discourages European governments from framing the conflict the same way as the United States, which has not seen any significant backlash from its own Muslim population, he added.
Waxman, who served in a Pentagon post created in the wake of the Abu Ghraib crisis to address prisoner abuse, said he was, in part, sympathetic to European concerns, and that Washington should do more to bridge the philosophical gap between itself and its allies.