New York, March 16, 2012—The Columbia Law School Dr. B.R. Ambedkar Chair in Indian Constitutional Law will present a lecture series that explores significant influences on Indian society. The chair is named after Bhimrao Ramji Ambedkar, one of the most influential political leaders and social reformers of modern India, and the architect of the Indian Constitution. He earned a master’s degree from Columbia University in 1915, and a Ph.D. in 1927. He died in 1956. 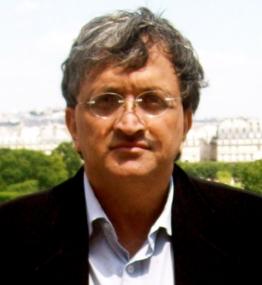 Reconciling Gandhi with Ambedkar:   Ramachandra Guha, with Professor Jagdish Bhagwati in the chair, will review the series of debates between Gandhi and Ambedkar on the reform of the caste system and the eradication of untouchability. While the two men are often seen as adversaries who advocated alternate approaches to political action, their work to deepen democracy and undermine social hierarchies was in fact complementary.

Sport and the Nation: Interpreting Indian History through the Lens of Cricket: In India, cricketers are even more famous than film stars. When India plays Pakistan, the television audience exceeds the entire population of Europe. This lecture will explain how this British sport became an Indian passion. Guha  will analyze the development and spread of cricket as a mass sport through the lens of caste, religion, race, and nation.
Wed., March 21, 12:00 noon – 2:00 p.m. at the Heyman Center for the Humanities, 2nd Floor Common Room.
The Past and Future of Indian Democracy:  Guha will examine the sources of India's economic rise, balanced against a decline in systems and structures of governance, and will address the political and institutional reforms that are vital to safeguard India's democratic traditions and support its sustained and inclusive growth. Sreenath Sreenivasan, professor and Dean of Student Affairs, Columbia Journalism School, will serve as lecture chair. He is co-founder of the South Asian Journalists Association.
Thurs., March 22, 12:10 p.m. – 1:15 p.m. in Columbia Law School’s Jerome Greene Hall, Room 106.
All events are co-sponsored by the Columbia Program on Indian Economic Policies at the School of International and Public Affairs (SIPA). The Heyman Center for the Humanities is also a co-sponsor of the lecture on sport and the nation.
Background on the B.R. Ambedkar Chair in Indian Constitutional Law
Two years ago, Columbia University received two major gifts from India to endow a chair devoted to Indian constitutional law and to establish  fellowships named after Professor Jagdish Bhagwati, both at Columbia Law School. The gifts were formally announced in April 2010 by Meera Shankar, then India’s ambassador to the U.S., during an appearance at the Law School to speak about democracy and pluralism in India. "This initiative adds an important dimension to Columbia University's long and illustrious association with India," Shankar said.
David M. Schizer, Dean and Lucy G. Moses Professor of Law, noted at the time of the celebration that it was essential that the Law School develop greater expertise about India. “In the 21st Century, India will play an increasingly important role as the world's most populous democracy. India's economic influence is also growing rapidly,” Schizer said. “From India, the world has much to learn about pluralistic democracy and about successful economic development in a democratic system.”  The first gift established the Dr. B.R. Ambedkar Professorship in Indian Constitutional Law, and the second gift endowed the Jagdish Bhagwati Fellowships.