Public Affairs Office 212-854-2650 [email protected]
New York, Jan. 5, 2010 – The percentage of African-American and Mexican-American students enrolled at U.S. law schools declined in the last 15 years, even though students in both groups improved their grades and LSAT scores, a new study finds.
Percentages for both groups dropped even though 3,000 more first-year seats became available according to Columbia Law School’s Lawyering in the Digital Age Clinic, which collaborated with the Society of American Law Teachers (SALT) to look at minority enrollment rates at U.S. law schools from 1993-2008. 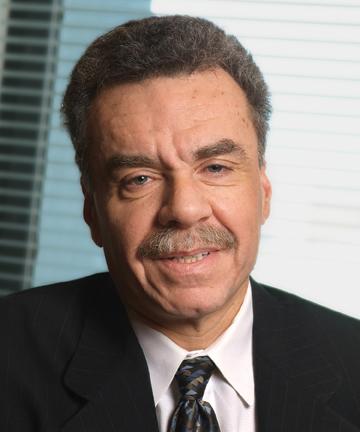 ``Many people are not aware of the numbers, even among those interested in diversity issues,’’ said Conrad Johnson, Clinical Professor of Law who oversees the Clinic. ``For many African-American and Mexican-American students, law school is an elusive goal.”
The study, whose findings are detailed at the website A Disturbing Trend in Law School Diversity, found a 7.5 percent drop in the percentage representation of blacks in the entering class of 2008 compared to 1993, with an 11.7 percent decline in Chicanos during that period. The fall-off occurred even though the number of applicants held relatively constant and average undergraduate grade-point averages and LSAT scores improved over the 15-year period.
Johnson noted enrollment has fallen off even though the number of law schools has increased from 176 to 200 in the last 15 years and 3,000 additional first-year seats were created, none of which was captured by blacks or Chicanos.
“By analyzing enrollment figures over time and in light of common admissions criteria we are trying to inform the discussion about law school diversity,’’ Johnson said.
The Clinic, which analyzed data from the Law School Admissions Council, also looked at the shut-out rate, which tracks the percentage of applicants rejected at all of the law schools to which they applied. From 2003-2008, 61 percent of black applicants and 46 percent of Chicano applicants were denied acceptance at all of the law schools to which they applied, as compared to 34 percent of white applicants.
“SALT is concerned about the trend because a less diverse body of law students leads to a number of poor outcomes, including a less diverse pool of lawyers and judges to serve the public, diminished faith in the administration of justice and a less productive, creative workforce,” Johnson said. Enrollment continued to drop even though in 2003 the U.S. Supreme Court ruled in Grutter v. Bollinger that “student body diversity is a compelling state interest” and affirmed that race may be taken into account in law school admissions.
The site contains an analysis of Grutter, as well as a compilation of best practices detailing how law schools can assemble a diverse student body under the law. SALT co-president Margaret Martin Barry said “this data and these tools are an important resource to the profession.”
“We need our students to see more than one perspective and develop their critical thinking skills. You can’t do that if all they see is the same small cut of society in class after class,’’ Johnson said.
AnnaMarie Andersen ’11, Melvin J. Kelley IV ’11, Cristina Quintero ’08, and Jeffrey Penn ’07 helped create the Web site while in the Clinic, which uses digital technologies to reshape the legal profession. Students work with community groups, public-interest lawyers and members of the judiciary to increase access to justice.
Columbia Law School, founded in 1858, stands at the forefront of legal education and of the law in a global society. Columbia Law School joins its traditional strengths in international and comparative law, constitutional law, administrative law, business law and human rights law with pioneering work in the areas of intellectual property, digital technology, sexuality and gender, criminal, national security, and environmental law.
Visit us at http://www.law.columbia.edu
Follow us on Twitter http://www.twitter.com/columbialaw