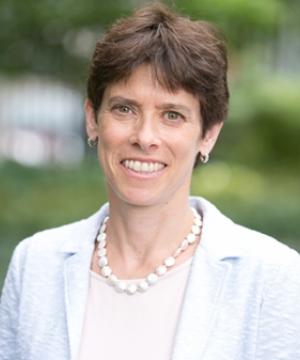 Goldberg, one of the country’s foremost experts on gender and sexuality law and a leading advocate for the LGBTQ community, explained that on college and university campuses across the country, issues of race and policing are now often intertwined with concerns about sexual violence, immigration policy, bathroom access, hate crimes, anti-Muslim hostility, and much more.

“Both at Columbia Law School, where I teach, and at law schools around the country, students turned to these issues, along with many of their professors, with passion and a strong sense of the connections across an array of challenges,” said Goldberg, the Herbert and Doris Wechsler Clinical Professor of Law, and faculty co-director of the Center for Gender & Sexuality Law and director of the Sexuality and Gender Law Clinic.

“Many students have also turned inward, to their experience in school, and are examining how identity—including race, class, immigration status, gender, sexual orientation and other characteristics—are shaping their academic and student-life experiences while they are in the process of learning to be lawyers.” Goldberg also serves as Columbia University’s executive president of the Office of University Life.

The focus of Goldberg’s Sept. 27 testimony was on how lawyers and judges affiliated with the Permanent Commission on Access to Justice—and others throughout New York State—could “harness the interest and energy of these lawyers-in-training to serve the tremendous legal needs we see across our state.” Goldberg framed this idea through the lens of three main questions:

“Following the non-indictments in Ferguson and Staten Island, law students spoke powerfully about their struggle to learn legal doctrine while seeing, in real time, the ways in which that doctrine did not necessarily serve to ensure just outcomes,” Goldberg said, addressing her first question. “This gap between law on the books and law in action is part of the lesson of law school, of course, but the starkness of seeing this gap through a series of police shootings caught on video, many of unarmed black men and women, was especially painful as well as threatening for a significant number of our students.”

Goldberg outlined some of the initiatives and programs undertaken by Columbia Law School to address these rising concerns and engage with students on issues related to social justice, diversity, and inclusion. These include work undertaken by the Sexuality and Gender Law Clinic, as well as other clinics at the Law School; collaboration between students and faculty on amicus briefs, challenges to existing legislation, and more; the Lawyering for Change series, which unites students, faculty, alumni, and other lawyers in conversation about how they might use their legal skills to inspire change in the communities of interest to them; and the Lawyers, Community and Impact series, started last year by Dean Gillian Lester, which began the 2016 term with a conversation on Policing the Police: The Future of Police Reform. The Law School also co-sponsored and hosted a Broadway for Black Lives Matter event, which brought together Broadway actors, artists, activists, educators, student organizations, public officials, and community members to spark dialogue and action around race and social change.

The Commission could build on this kind of momentum and passion, Goldberg said, through mentoring; by organizing and leading small gatherings that would bring law students into conversation with access-to-justice-oriented lawyers and judges from around the state; and by amplifying its “already-tremendous” contribution through its pro bono requirement by gathering information about best practices for law school students around the state, or offering recognition awards for exemplary work.

“The silver lining of these fraught times is that a growing number of law students understand, in a very personal way, the deep importance of participating in expanding access to justice,” said Goldberg, who was asked to speak by members of the New York State Permanent Commission on Access to Justice.