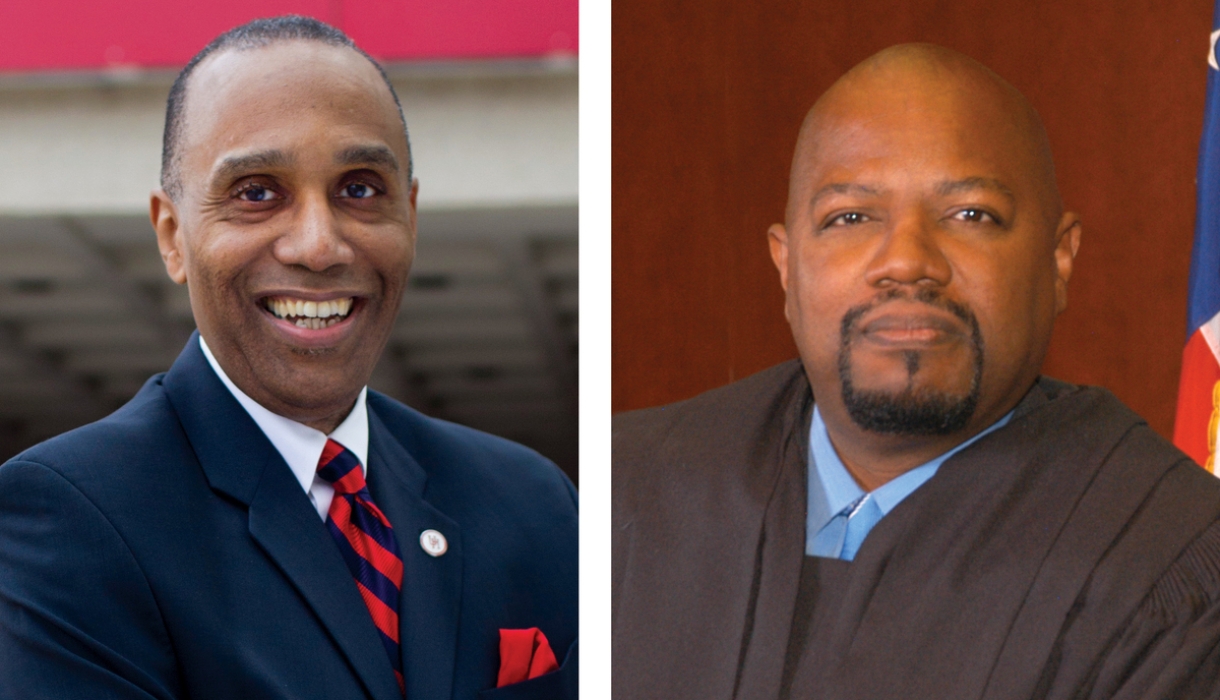 In February, more than 100 students, alumni, faculty, staff, and friends joined together via Zoom for the 28th annual Paul Robeson Gala. Olivia Martinez ’23, president of the Black Law Students Association (BLSA), opened the awards and honors portion of the evening, acknowledging that, despite the continued challenges posed by the pandemic in the 2021–2022 academic year, BLSA hosted more than 50 events, welcomed nearly 150 new student members, and connected with hundreds of alumni.

She also spoke about the evening’s theme, “Power and Purpose,” saying, “I hope tonight, we can be unified in our power—the power that we share, the power that has got us here, and the power that we will share moving forward. I invite you all tonight to reflect particularly on your purpose and to share the power that you derive with that from others [at this event].”

Baynes is the first Black dean of UHLC and the longest-serving Black dean of a law school in the United States. He spoke about the importance of paving the way for other Black lawyers and the efforts he has made throughout his career to create a pipeline to law school for underrepresented students. Growing up in Queens, New York, the child of immigrants who did not go to college, Baynes said that luck and “determination of being in the right place at the right time” helped him get to where he is today. He also found support at Columbia Law from his classmates and friends. “We really in many respects helped each other, like BLSA does . . . and a lot of the career paths I think that I’ve chosen are because of the help that others have given me.”

But, he added, many others do not have that support. “What I’ve learned in terms of power and purpose is that it’s really important,” he said. “One of the things I’ve learned is the self-evident truth that there’s a significant underrepresentation of Blacks [in the] legal profession. This has existed from the time that I was in law school, when I was first practicing, and even now. And so my purpose is to make sure that those who follow me, that there’s more of that, more of us.”

Boulware was nominated to the U.S. District Court for the District of Nevada by President Barack Obama in 2014. Following an introduction by Monae White ’22, who will clerk for the judge next year, Boulware urged the audience to meet the challenges of the past few years head-on. “We have felt what appears to be the erosion of civil rights in our community and in our country,” he said. “We have seen people, including people at the highest levels of power and influence, question our right to be part of the larger community. And what I want to say to all of you is this: You were born and trained for this moment. This is your time to rise and shine.”

Boulware also stressed the importance of leaning into community, taking on challenges together, and drawing inspiration from those like Robeson and Judge Constance Baker Motley ’46, the first Black woman appointed to the federal judiciary. “Look around you, the people on this call, the people you see every day. They are and will be your people. Hold to that. Nurture it. Maintain it. They will nurture and maintain you,” he said. “There will be those that say things that upset you. They will say things that challenge you. They will try to get you to quit and retreat. Don’t let them throw you off your game. If you quit, if you silence yourself, if you retreat, they win. You must not give in. You must not retreat. And you must not be silent.”

In March, BLSA hosted its annual Paul Robeson Conference, with the theme “Making History Every Day.” The three-day virtual event included keynote speaker Nkechi Taifa, president of The Taifa Group, director of the Reparation Education Project, and senior fellow for the Center of Justice at Columbia University, along with panels on “Abolishing Life Without Parole,” “Reproductive Justice,” and “Black Artists Protecting Their Intellectual Property.” 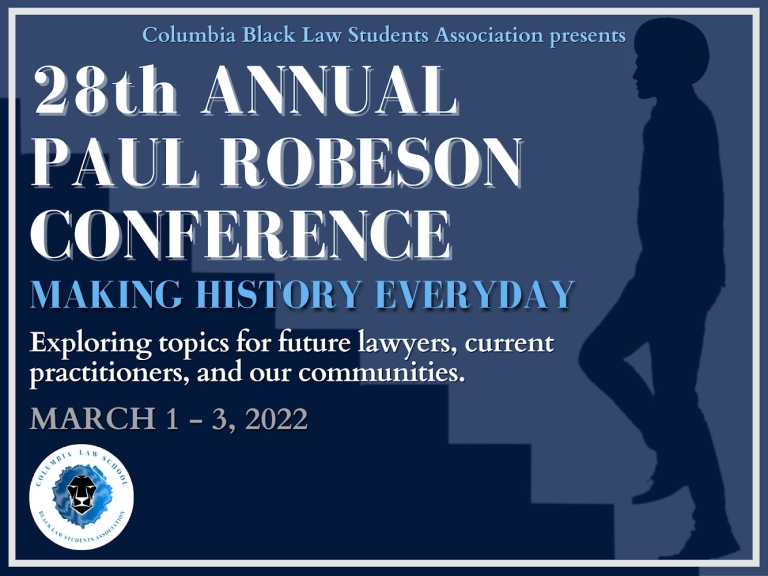