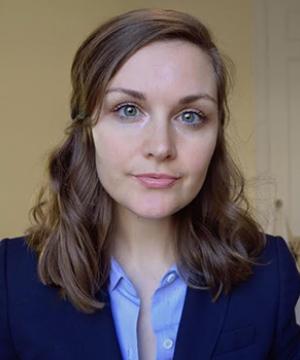 Undergraduate Degree: B.A. in geography from University of California, Berkeley

Motivation: “My family moved from New Zealand to the United States in 1999, through the Diversity Immigrant Visa green card lottery. Our move brought with it the social alienation and cultural confusion that come standard in immigration stories, but it also came with the privileges of whiteness and middle class means. For me, the United States lived up to its billing as a land of opportunity. But so many know a different United States. Their United States is a land of oppression, rather than opportunity, defined by systems of injustice that incarcerate instead of rehabilitate and tear down rather than build up. I want to join the fight against these systems, alongside and on behalf of individuals who are caught in their gears. Public defenders are on the front lines of this fight.”

Goals: “The Gideon’s Promise movement is dedicated to transforming the culture of indigent defense and is not satisfied with the status quo. The organization and the community that fuels it refuse to be complacent. The concept of triage informs how I think about this work. Triage is about urgency, hard choices, and going to where the hurt is worst. In criminal law, I think that means going to under-resourced public defenders’ offices in places that are resistant to change. I want to work in that environment because if we can create change in those offices, we’ll be lifting up those who need it most, and bringing everyone else up along with them.”