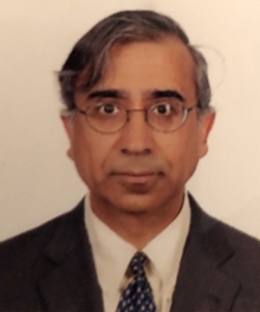 Vijay Srinivas Tata was Chief Counsel in the Legal Vice Presidency at World Bank in Washington DC from September 2004 to January 2018, where he headed the Finance, Private Sector and Infrastructure Development practice group. As Chief Counsel, he was responsible for the World Bank’s legal advisory services in support of legal and regulatory reform for financial sector development in emerging markets. From April 2015 to June 2017, Mr. Tata was deputed by the World Bank to serve as a Member of the Secretariat of G-20’s Financial Stability Board in Basel, Switzerland. Before joining the Bank in September 2004, he practiced in the area of international financial transactions for over 20 years. He was a partner in the law firm of Arnold & Porter (based in New York), where his practice included representation of foreign sovereign governments and central banks in connection with privatizations, debt offerings, debt restructurings and other transactions in the international capital markets. From 1983 to 1987, Mr. Tata was an associate in the corporate group of Davis Polk & Wardwell. Mr. Tata has served as Co-Chair of the International Commercial Transactions Committee of the American Bar Association. He has also served on the Corporation Law Committee and the Securities Law Committee of the Bar Association of the City of New York. Mr. Tata is a graduate of Yale University (B.A., 1976), and holds degrees from Columbia University School of International Affairs (M.I.A., 1978) and the New York University School of Law (J.D., 1981). Mr. Tata served as a law clerk to the Honorable Gilbert S. Merritt of the U.S. Court of Appeals for the Sixth Circuit (1981-1982).