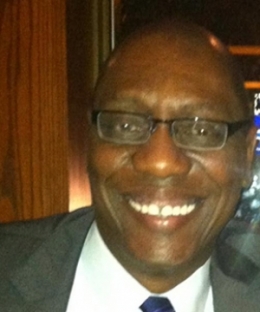 He was previously Chief of the Bureau of Professional Responsibility and Training in the Office of the Bronx District Attorney. He served the New York City Department of Investigation as deputy commissioner for investigations, first deputy commissioner, and acting commissioner. He served as general counsel for the New York City Department of Youth and Community Development, senior counsel for Legal Services for New York City, managing director and general counsel for Bedford-Stuyvesant Community Legal Services Corporation, vice president and senior attorney at Morgan Stanley, assistant attorney general in-charge of the New York State Attorney General’s Harlem regional office, and litigation partner with Holland & Knight in New York City.

From 1988 through 2000, Olds served as an assistant U.S. attorney for the Southern District of New York in both the Civil Division and the Criminal Division in the general crimes, public corruption, and securities task force units. He is a special master for the Appellate Division of the New York State Supreme Court (First Department), a lecturer in law at Columbia Law School and a former Adjunct Professor at Fordham University School of Law, and is formerly an adjunct professor at Brooklyn Law School, where he taught trial and appellate advocacy for 13 years.

Olds has published numerous articles in the New York Law Journal, served as a program chair of the New York City Bar Association’s CLE litigation programs from 2005 to 2009, and has been an instructor at the U.S. Department of Justice Advocacy Institute and the National Institute for Trial Advocacy. He serves as the Federal Bar Council’s Second Circuit Courts Committee as assistant secretary of the Federal Bar Foundation, on the New York City Bar Association’s executive committee, as well as on the Association’s litigation and judiciary committees. Olds was appointed by Mayor Michael R. Bloomberg as a commissioner of the Civilian Complaint Review Board from 2002 through 2008. He is a Harvard Law School Wasserstein Public Interest Law Fellow.

He earned a J.D. from Brooklyn Law School and a B.A from New York University.