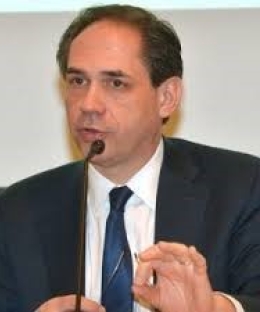 Judge Timothy Reif is a United States federal judge serving on the U. S. Court of International Trade since August 2019.  Prior to his nomination and confirmation, Judge Reif was General Counsel in the Office of the U.S. Trade Representative (USTR) in the Executive Office of the President and then Senior Counsellor to the U.S. Trade Representative.

From 2009 to 2017, Judge Reif was General Counsel at USTR.  In that capacity, he designed and executed a comprehensive strategy for trade agreement and trade law enforcement, monitoring, investigation, negotiation and action; drafted trade and investment legislation on behalf of the President; designed and executed legislative strategy for passage trade legislation with bipartisan support; managed the Office of General Counsel, 40+ attorney office, focus on improving attorney experience, efficiency, quality of work product, responsiveness to client offices, and diversity; and provided legal advice on all matters under negotiation.

From 1998 to 2009, Judge Reif was the Chief International Trade Counsel Committee on Ways and Means, U.S. House of Representatives.  In that capacity, he designed and executed legislative strategy for passage of numerous bipartisan trade bills, collaborated with foreign policy/national security committees to sanctions, other issues, and led negotiations to resolve executive-congressional issues to move the U.S. trade agenda forward.

From 1995 to 1998, Judge Reif was Special International Trade Counsel with Dewey Ballantine LLP.  In this capacity, he advised global businesses on transactional, regulatory and operational issues, developed innovative global and country-specific strategies in cutting edge tech sectors and worked with foreign governments and regulators to overcome investment, operational issues for U.S. businesses.

From 1989 to 1993, Judge Reif served as Associate General Counsel at USTR.  He was Chief negotiator for key chapters of the NAFTA and WTO agreements, lead attorney for sectoral negotiations in computers, aircraft, semiconductors, machine tools, shipbuilding and other sectors, and litigated or supervised litigation of more than 10 cases under trade and investment agreements.

From 1987 to 1989, Judge Reif was an attorney advisor with the U.S. International Trade Commission, litigating cases in federal court and drafting administrative decisions.

From 1985 to 1987, Reif was an associate at Milbank Tweed Hadley & McCloy, specializing in litigation, administrative law and corporate regulatory matters.

In 1985, Judge Reif graudated from Columbia Law School with a J.D. as a Harlan Fiske Stone Scholar and from Princeton University’s School of Public and International Affairs with an M.P.A.  He is a 1980 graduate of Princeton University.  He was also a Fulbright Scholar in Egypt (1980).