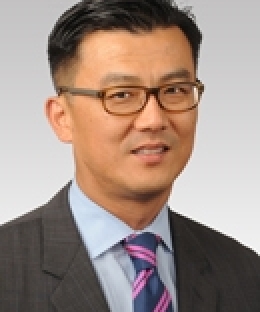 Thomas Lee is the Leitner Family Professor of International Law; he was also Director of Graduate and International Studies from 2006 to 2019. He has written many articles about international law, U.S. foreign relations law, constitutional law, federal courts, and legal history. His forthcoming book, Justifying War (Oxford University Press), examines the history of legal grounds for war and their connection to moral justifications, global politics, and policy decision-making. He has also been a visiting law professor at Columbia, Harvard, and the University of Virginia; U.S. law adviser to the Constitutional Court of the Republic of Korea; and Special Counsel at the U.S. Department of Defense, for which he received the Secretary of Defense Medal for Exceptional Public Service. Before his academic career, Lee clerked for Judge Michael Boudin of the First Circuit and Justice David Souter of the Supreme Court and served as a U.S. naval cryptology officer, mostly aboard submarines but also ashore in Korea, Japan, and with the National Security Agency. Professor Lee is Of Counsel at Hughes, Hubbard & Reed, adjunct professor at NYU School of Law, and a member of the ICSID Panel of Conciliators and of the American Law Institute. He is also active in pro bono trial and appellate litigation in state and federal courts involving constitutional rights, data privacy, federal jurisdiction, U.S. foreign relations, national security, and landlord-tenant relations. He holds A.B. (summa cum laude), A.M. (Regional Studies—East Asia), and J.D. degrees from Harvard, where he was Articles Chair of the Harvard Law Review and a Ph.D. candidate (ABD) in Government.