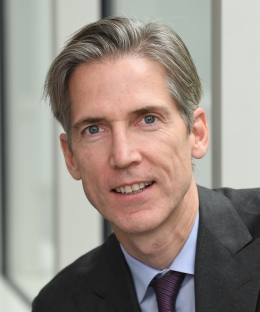 Thomas Healy is the Board of Visitors Distinguished Professor at Seton Hall Law School. He teaches and writes about constitutional law, freedom of speech, federal courts, legal history, and civil rights.

Healy has received a Guggenheim Fellowship and a Public Scholar Grant from the National Endowment for the Humanities. He has also been a Sheila Biddle Ford Foundation Fellow at the Hutchins Center for African and African American Research at Harvard University.

He received his J.D. from Columbia Law School, where he was Book Review and Essay Editor of the Columbia Law Review. He clerked on the U.S. Court of Appeals for the 9th Circuit and was an associate at Sidley Austin Brown and Wood. He also worked for many years as a newspaper reporter, first in North Carolina and later as Supreme Court Correspondent for the Baltimore Sun.