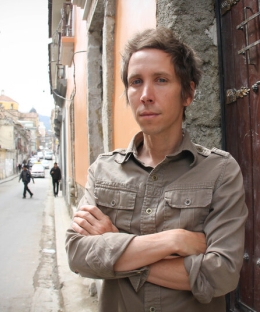 Thomas Becker is a Senior Clinical Supervisor at the University Network for Human Rights. He has spent most of the past two decades working on human rights issues in Bolivia. He was the catalyst behind and a lead attorney in Mamani v. Sánchez de Lozada, the first successful human rights lawsuit in the United States against a living former head of state. Becker also was part of the legal team that held seven government officials accountable for genocide in a “Trial of Responsibilities” in the Bolivian Supreme Court.

He has conducted human rights work around the world, investigating torture and extrajudicial killings of Adivasis in India and Sahrawis in Western Sahara; documenting war crimes in Lebanon and Nagorno-Karabakh; examining land rights in South Africa and Palestine; exposing death squads in Honduras and Colombia; and serving as a nonviolent bodyguard for the Zapatista guerrillas in Mexico.

Before joining University Network, Becker taught as a Clinical Instructor at Harvard Law School’s International Human Rights Clinic. His work has been featured in The New York Times, The Washington Post, The Guardian, The Nation, The Atlantic, Le Monde, El País, Vice Magazine, Al Jazeera, BBC, NPR, and Univision, among others. His book, Coup: A Story of Violence and Resistance in Bolivia, co-authored with Linda Farthing, was a finalist for the Duke University Juan E. Mendez Book Award for Human Rights.

When he is not practicing law, Becker is an award-winning musician and songwriter who has recorded with Grammy-winning producers and toured throughout the world as a drummer and guitarist. He also is a mountain climber who has summited peaks all over the world, including Mount Everest.