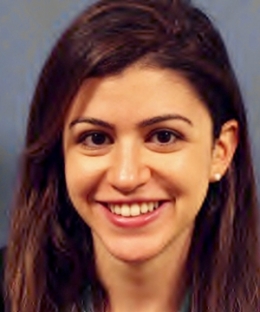 Before joining the U.S. Attorney's Office, Hajjar clerked for the Honorable Carol B. Amon of the U.S. District Court for the Eastern District of New York and the Honorable Chester J. Straub of the U.S. Court of Appeals for the Second Circuit. She also previously worked as a litigation associate at Davis Polk & Wardwell LLP.