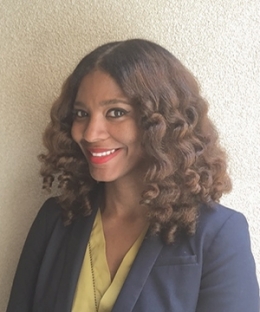 She serves as the recruiting and hiring manager at Bronx Defenders and a staff attorney in the Criminal Defense Practice. Cumberbatch is the co-supervisor of The Bronx Defenders Desk Appearance Ticket Project, through which she supervises law firm associates in arraigning clients in criminal court while collecting data on the enmeshed consequences of each arrest.

At New York University School of Law, Cumberbatch worked on the School to Prison Pipeline program through the ACLU Racial Justice Clinic. She also externed at the Legal Aid Society, representing juveniles charged with criminal offenses through the Juvenile Defender Clinic. She assisted welfare-to-work clients in obtaining stable employment through the I-Prep program and mentored high school students competing in constitutional debates through the Legal Outreach program. Cumberbatch has had internships at the Public Defender Service of the District of Columbia and The Office of Child Advocate Attorneys in Atlanta, Ga., as well as externships at The Public Defender’s Office—Atlanta Judicial Circuit, and the City of Atlanta Mayor’s Office.

She earned her J.D. from New York University School of Law where she was a Root Tilden-Kern Scholar for Public Service. Cumberbatch received her B.A. from Spelman College, where she served on the Board of Trustees and graduated Phi Beta Kappa.