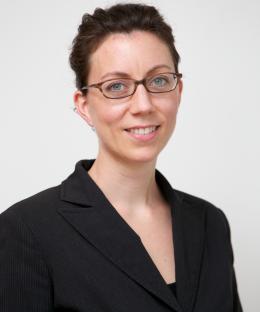 Knuckey and Human Rights Clinic students work in partnership with social justice advocates, communities, and rightsholders around the world to investigate human rights abuses and advocate for justice and accountability. The clinic prepares students for lifelong careers in social justice advocacy and works to promote human rights and recalibrate the global power imbalances that drive economic and political inequality, exploitation, threats to physical security, poverty, and environmental injustice.

Knuckey has investigated human rights abuses around the world, including in Brazil, the Democratic Republic of the Congo, Kenya, the United States, and Yemen. Working with students and local activists, Knuckey has exposed sexual abuse by security guards at a mining company in Papua New Guinea and worked with affected women to advocate for their right to remedy. The Human Rights Clinic has also conducted advocacy about the neglected crisis of mental health in Yemen, interdisciplinary investigations into the right to water for indigenous communities in Papua New Guinea, investigations of U.S. drone strikes, and a landmark mass grave investigation in the Central African Republic.

Knuckey has received the Columbia University Presidential Award for Outstanding Teaching and numerous grants, including the Columbia President’s Global Innovation Fund grant to research, alongside Yemeni experts, the psychological impacts of the war in Yemen.

Knuckey’s academic research interests include human rights methodologies, critical perspectives on human rights, clinical pedagogy, and mental health. In addition to teaching Columbia law students, she also conducts trainings for NGOs and activists around the world on human rights fact-finding, advocacy, and mental health. She is a co-founder of the Human Rights Methodology Lab, which innovates human rights research, and of the Human Rights Resilience Project, which seeks to improve well-being among activists. She is a founding editor of and contributor to Just Security, an online forum for analysis of U.S. national security law and policy. She also has served as an adviser to the United Nations special rapporteur on extrajudicial executions, as well as chair of the Legal Working Group on the redrafting of the Minnesota Protocol, international guidelines for the investigation of suspicious deaths.

She is on the board of advisers of the Columbia Human Rights Law Review and the Australian Journal of Human Rights.

Before coming to Columbia Law School, she was the director of the Initiative on Human Rights Fact-Finding and the Project on Extrajudicial Executions at NYU Law’s Center for Human Rights and Global Justice, as well as a clerk to Justice Michael Kirby on the High Court of Australia.

President Lee C. Bollinger ’71 will present the award during the University’s 2017 Commencement ceremony on May 17.

| Just Security
In The Media

| Just Security
In The Media