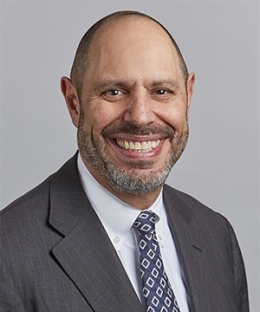 Rick D'Avino is a Managing Director at PricewaterhouseCoopers, where he works with PwC’s Vice Chairman and U.S. Managing Partner, its Global Tax Leader, its U.S. Tax Leader, and with PwC's tax policy operation in Washington, D.C. In addition, Rick currently serves as the Chairman of PwC’s Insourced Solutions for Tax group.

Rick was with GE from 1991 through 2013, as Vice President and Senior Tax Counsel at GE Capital until 2005 and subsequently as Vice President and Senior Tax Counsel at General Electric Company. Rick was responsible for all aspects of taxation for GE Capital and, after 2005, for GE Corporate and for GE's interest in NBC Universal as well. Rick also served on the Boards of Directors of GE Capital Corporation and GE Capital Services from 2009 to 2012, and of GE SeaCo, a joint venture between GE and Sea Containers Ltd., from 1996 to 2011.

Rick began his career clerking for Judge Alvin B. Rubin on the U.S. Court of Appeals for the Fifth Circuit, after which he was an associate at Cohen & Uretz in Washington, D.C. Rick then served as an Attorney-Advisor and the Deputy Tax Legislative Counsel in the U.S. Treasury Department from 1983-1987. Prior to joining GE, Rick was a tax partner at King & Spalding in Washington, D.C.

Rick has been a member of the Internal Revenue Service Advisory Council, the Executive Committee of the New York State Bar Association Tax Section, and the Washington, D.C. and Pennsylvania Bars. Rick served as an Adjunct Professor at Georgetown University Law Center from 1982-1990 and is a Lecturer in Law at Penn Law.  Rick serves on the Penn Law Board of Overseers, was President of the Penn Law Alumni Board of Managers, and completed two terms on the Board of Trustees at Pitzer College. He was on the Board of Directors of DomusKids, a Connecticut child educational and welfare organization, from 1994 through 2018. In 2018, Rick was elected Board Chairman of Domus' Stamford Academy, a charter school for students in grades nine through twelve who struggled in traditional school environments. Rick is a Board member and serves as Vice President of National Sawdust, a Brooklyn-based nonprofit that provides state of the art facilities and support to a wide range of composers, musicians, and artists.