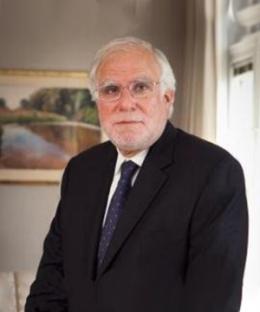 Longtime colleague Richard B. Stone, Professor Emeritus of Law at Columbia Law School, passed away on May 29, 2022. He was 79.

Stone joined the Columbia Law School faculty in 1974. During his tenure, he held the Wilbur H. Friedman professorship in tax law and was awarded the Law School’s teaching prize. He retired from teaching in 2017—an occasion on which he was feted for his many contributions.

Before joining the faculty, Stone practiced in the Office of the Solicitor General, where by age 30 he had argued a dozen cases before the U.S. Supreme Court and was responsible for the preparation and argument of all tax cases presented by the U.S. government to the high court. For many of his years on the faculty, Stone maintained an active tax law practice in addition to his academic work. He previously was in private practice at the firm Covington & Burling in Washington, D.C.

Stone also took an active role in Jewish life, leading both the Conference of Presidents of Major American Jewish Organizations and the National Conference on Soviet Jewry. He served on the boards of several Jewish philanthropic and community organizations in New York City and around the country.  He also studied Talmudic law in Israel and did graduate work at Merkaz Harav Kook (Talmudic Academy).