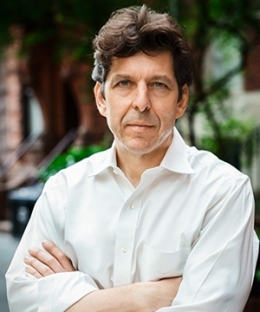 Owen Davis is currently a Partner at Contour Venture Partners, a early-stage, technology focused venture capital fund based in New York City. He is the past Managing Director of NYC Seed, a seed stage venture capital fund in New York City. He also founded the NYC Seedstart accelerator and Overlap, an artificial intelligence software company for scheduling.

Owen has worked in all aspects of the online world, including work with early versions of AOL and MSN. He created one of the first 200 websites on-line and founded Thinking Media, an online marketing firm which pioneered online tracking of pages and advertisements. He co-founded Sonata in 1999, a wireless company that provided location-based services and marketing to cell phones. Owen also co-founded Petal Computing, a firm that developed software which allowed large numbers of commodity PCs to act like a single unit and was a precursor to cloud computing.

Owen is the author of various patents in Internet methods and technologies. He is also the author of the book Instant Java Applets, available from Ziff-Davis Press. He is an original member of the World Wide Web Artists Consortium and served on that group's original board. He was also an original member of the Board setting online advertising and media specifications and has served as Managing Director of the Wireless Advertising Association.

He received his bachelor's degree from Brown University and an MBA from Columbia Business School.