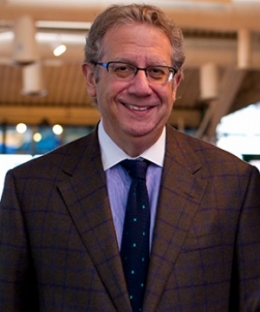 Michael A. Gerber's area of expertise is bankruptcy law.

He is the author of a Chapter 11 casebook used in law schools throughout the United States, and he is a contributing author of Collier on Bankruptcy, the leading treatise on bankruptcy law. Gerber writes and lectures on corporate governance in bankruptcy, bankruptcy ethics, the treatment of intellectual property interests in bankruptcy, dot-com bankruptcies, international and comparative insolvency law, and other business bankruptcy and reorganization topics. At Brooklyn Law School, he helps lead the annual Barry Zaretsky Roundtable Discussion, which focuses on cutting-edge bankruptcy issues. He is also the director of the law school's foreign summer study program. He also served as the associate dean for development and as interim dean.

Prior to joining the faculty, Gerber practiced law at Proskauer Rose and later was counsel to Brown Raysman. He has served on the merit selection panel for a bankruptcy judge in the Eastern District of New York, and on the committee on bankruptcy and corporate reorganization of the New York City Bar Association.