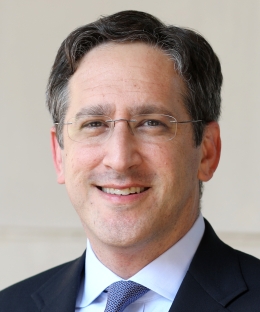 Micah Schwartzman is the Hardy Cross Dillard Professor of Law, Roy L. and Rosamond Woodruff Morgan Professor of Law, and director of the Karsh Center for Law and Democracy at the University of Virginia School of Law. His research and teaching focus on law and religion, constitutional law, jurisprudence, and political philosophy.

Schwartzman’s work has appeared in the Harvard Law Review, University of Chicago Law Review, Michigan Law Review, Supreme Court Review, Law & Philosophy, and Political Theory, among others. His legal commentary has been published in The New York Times, Washington Post, The Atlantic, Slate, The New Republic, and Vox. He co-edited The Rise of Corporate Religious Liberty (Oxford University Press) and is co-authoring materials for a casebook on Constitutional Law and Religion.

Schwartzman received his B.A. and J.D. from the University of Virginia and his doctorate in politics from the University of Oxford, where he studied as a Rhodes Scholar. After clerking for the U.S. Court of Appeals for the Fourth Circuit, he was a postdoctoral research fellow at Columbia University’s Society of Fellows in the Humanities. He has been a visiting professor at UCLA Law School.

A member of the American Law Institute, Schwartzman serves on the Board of Academic Advisors for the American Constitution Society and is chair of the AALS Section on Law and Religion.