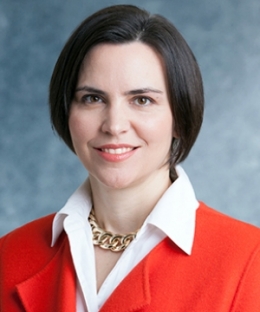 Sawyer has been recognized repeatedly as a leading mergers and acquisitions adviser. In 2014 and 2015, she was recognized by Chambers USA as a corporate M&A “Up and Coming” lawyer. In 2015, she was also named as a “Dealmaker of the Week” by The American Lawyer, and as a “Rising Star” by IFLR1000. Sawyer was recognized in the categories of mergers and acquisitions, corporate governance and compliance, and business and corporate law by New York Super Lawyers. She was also chosen as an Empire State Counsel honoree by the New York State Bar Association.

A fellow of the American Bar Foundation, and secretary of the mergers, acquisitions and corporate control contests committee of the New York City Bar Association, she also speaks and writes on corporate governance and mergers and acquisitions matters. She has participated in numerous panels for the Practising Law Institute and regularly writes for The M&A Lawyer, The Deal Pipeline, and LexisNexis.

Sawyer received a J.D. from the University of Virginia School of Law in 2000 and a B.A. from Washington & Lee University in 1997.