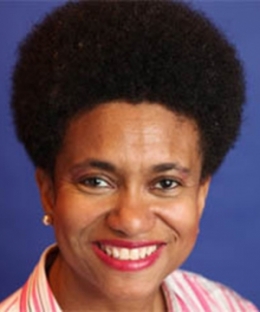 Mavis Fowler-Williams is a leader of intellectual property and technology law. She negotiates agreements and prepares training materials for private clients in the finance and entertainment industries.

She began her practice in intellectual property law as an associate for the patent boutique law firm of Cooper and Dunham. Shortly thereafter, she became a registered patent attorney while working for Johnson & Johnson.

Fowler-Williams started her own law firm specializing in negotiating a full array of intellectual property agreements for entertainment companies. In addition to prosecuting patent applications for inventors, she was actively involved in the patent licensing of a film editing process for one of her corporate clients, as well as managing the trademark portfolios of companies in the clothing, dance, and travel media industries. While working in her own practice, Fowler-Williams became general counsel for Metropolis Pictures, the independent production company that made and distributed the 35 MM film Murder Magic.

She then became a partner in the New York Office of Anderson Kill. As an in-house attorney working for Toys "R" Us, Nick at Nite and TV Land and recently, CBS News, Fowler-Williams has become a transactional expert who has negotiated, revised and reviewed thousands of licenses and other agreements.