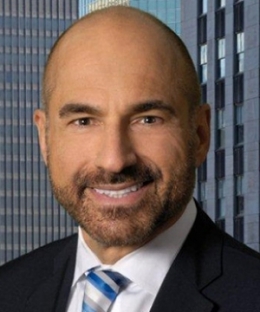 Mark Vecchio is the head of the corporate department of the New York office of Venable, a national law firm headquartered in Washington, D.C. His practice is focused on corporate and commercial law, with an emphasis on cross-border mergers and acquisitions, commercial transactions, international licensing and joint ventures, private equity transactions, international project finance, and emerging company formation and financing. Clients whom he regularly serves include foreign and domestic corporations both public and private, individual entrepreneurs, financial institutions, and foreign governments.

In addition to professional postings in Russia and Canada, Vecchio has lived in Germany, Switzerland, and France. He has authored numerous articles on law and business, and has been a commentator on CNBC and on Russian television. In addition to his native English, he speaks French, Spanish, Italian, German, Swiss-German, Russian, Polish, and Portuguese.