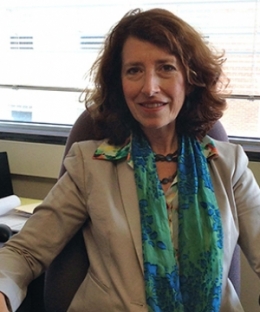 Lisa Landau has spent her career championing the rights of New Yorkers, and particularly the rights of women and children, through her work on civil rights, health and anti-poverty issues in a wide range of settings.

She currently serves as chief of the Health Care Bureau at the New York State Attorney General's Office, where her bureau enforces health care law, including consumer protection law, to protect New Yorkers as they confront the challenges of the health care system.

She previously served in the New York Attorney General’s Office from 1999 to 2006, serving as director of the reproductive rights unit (2003-2006), and prior to that as an assistant attorney general in the office’s Civil Rights Bureau (1999-2003) working on an array of civil rights cases, including sex discrimination, police misconduct and mortgage lending fraud.

Earlier in her career, she advocated for women and children as a staff attorney at the American Civil Liberties Union’s Reproductive Freedom Project and The Legal Aid Society’s Harlem neighborhood office. She also worked in refugee camps in Thailand with the U.S. resettlement operation for Indochinese refugees.

Landau is a graduate of the University of Pennsylvania and New York University School of Law.