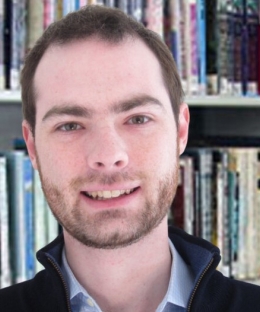 Lev Menand’s research focuses on money and banking, central banking, financial regulation, administrative law, separation of powers, corporate governance, and the history of economic thought. In 2020, he co-authored a proposal, FedAccounts: Digital Dollars, for the Federal Reserve to offer to the general public the option to hold digital currency accounts at the central bank. The FedAccounts proposal has been endorsed by The New York Times Editorial Board, and legislation to implement it has been introduced in Congress

Menand served as senior adviser to the deputy secretary of the Treasury from 2015 to 2016 and as senior adviser to the assistant secretary for Financial Institutions from 2014 to 2015. While at the Treasury, he worked on financial regulatory reform, financial sector cybersecurity, Treasury market infrastructure, financial inclusion, and U.S. investment security. Menand was previously an economist at the Federal Reserve Bank of New York in the Supervision Group, where he was part of the Governance and Culture Reform initiative, and in its Research and Statistics Group, where he helped to develop econometric models for the Federal Reserve System’s first Comprehensive Capital Assessment and Review. While at the New York Fed, he was seconded to the Financial Stability Oversight Council, where he helped to prepare the council’s first financial stability report.

He clerked for Judge Jed S. Rakoff on the U.S. District Court for the Southern District of New York and Chief Judge Robert A. Katzmann on the U.S. Court of Appeals for the 2nd Circuit. On January 1, 2022, Menand joined the faculty of Columbia Law School, where he was previously an academic fellow and lecturer in law.